We made our port side turn into the Ohio River. Once again nothing but tows and barges all long the river banks. We traveled 7 miles to a near by town called Mound City.  After we anchored in the river for the night. Bryce and I took the dinghy into the boat ramp so we could walk to the Read more
gas station. We drove past a tow that was docked up next to the ramp. As we got out of the dingy we were approached by 2 men from the tow. They were the nicest guys. I think they just wanted to talk. They asked us what we were going to town for as we stood there holding to yellow diesel cans in our hands.

“Well, you just motor right back  to our engine door with that dingy  and we will fill your cans.” The man said with a deep southern tone. “No need you be walking up that hill when we can help you out.” They both reached for our cans and motioned for us to dinghy up to there tow. We were overwhelmed by their generosity. Bryce offered them money & tip but they wouldn’t take anything. One of the guys spoke up and suggested we donate 20 dollars to a special cause.

There are still nice people in this world.

Not the best of pictures but…..I like it! On our way back from getting diesel. 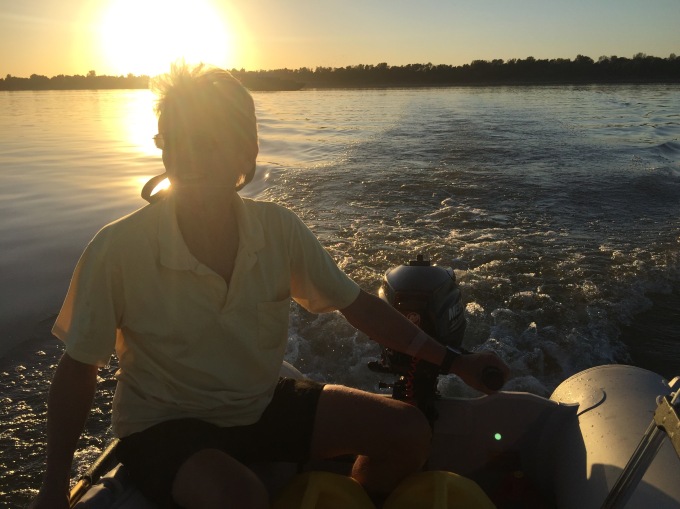 On our way back from getting diesel. 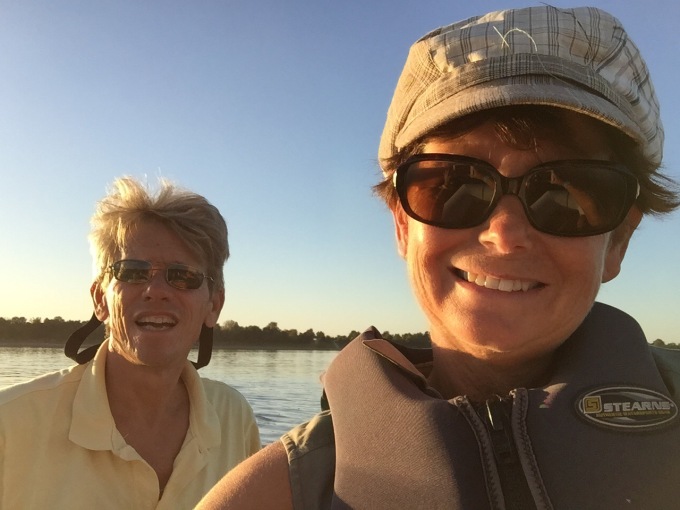 What a perfect sunset on Beauty 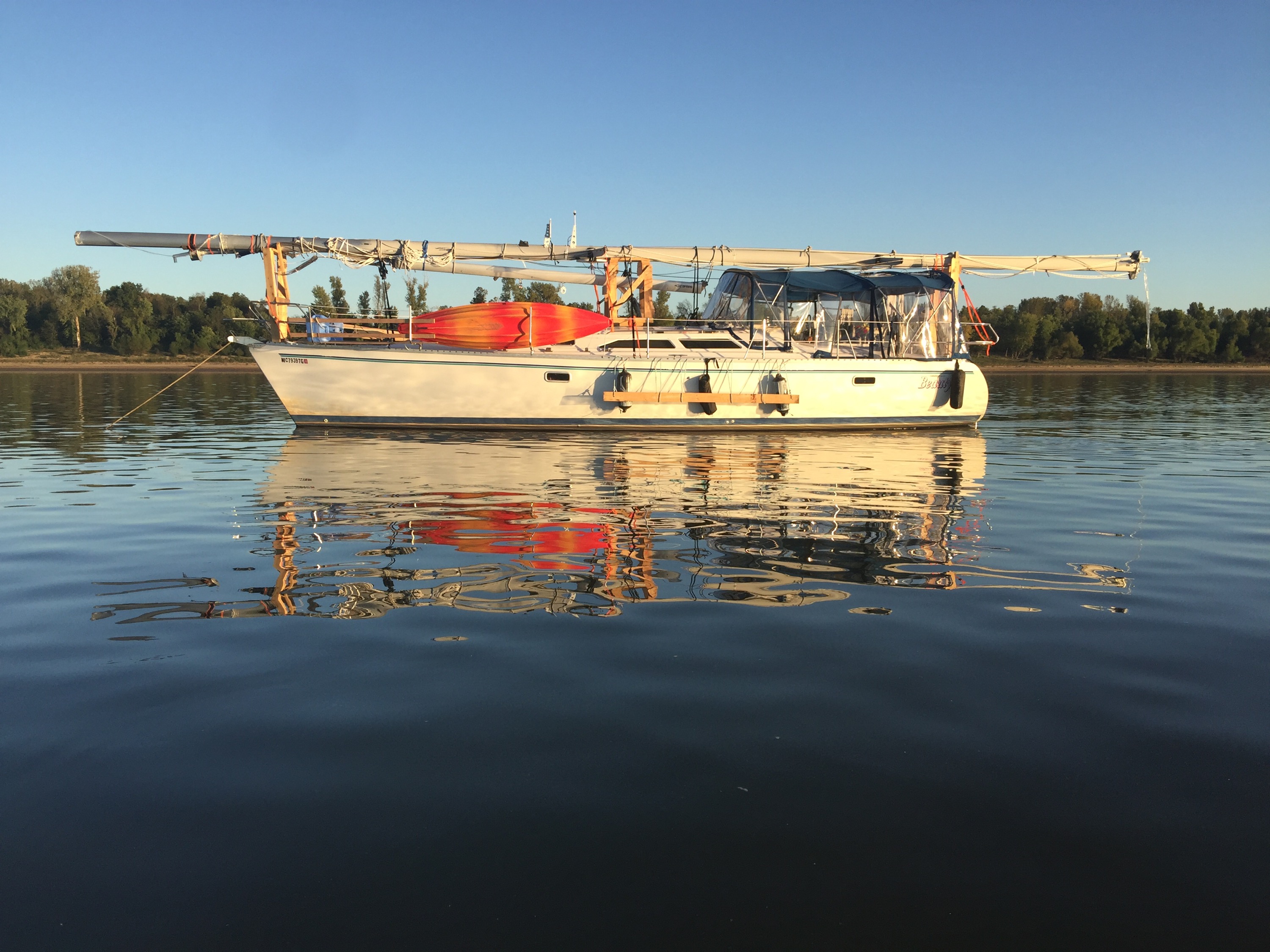 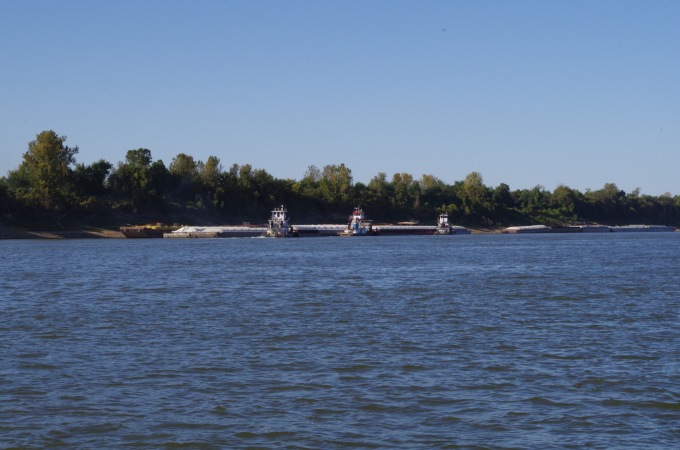 The City of Mound where we met the two nice guys on the barge. 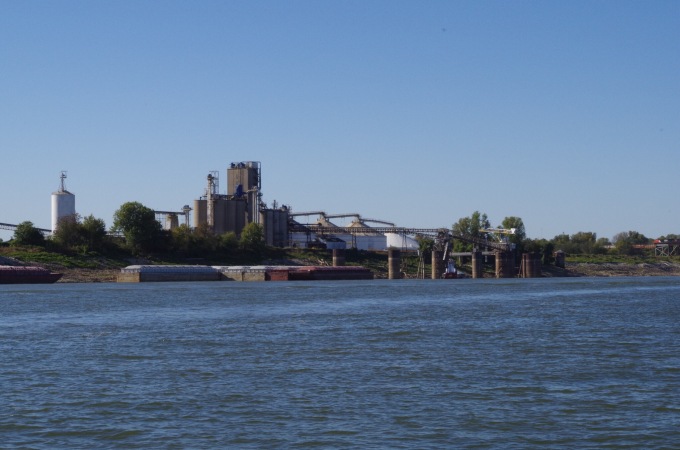 This is one of the biggest tows we have seen.  About 60 feet tall.. Could be we could step our mast if we headed down the Mississippi..  Next time we will do the Mississippi route.. No more locks going that way! 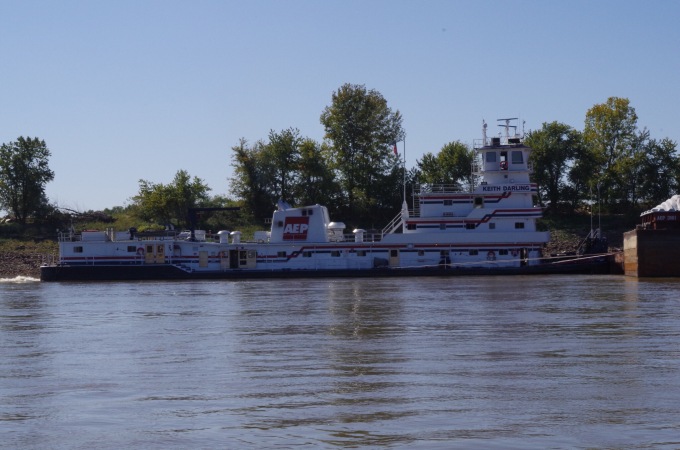