Wow.. Talk about courtesy! From the time we pulled up to the fuel pump to the current time we cannot get over how well we have been treated. We pulled into the marina. As Bryce and the three attendants were fueling up and pumping out I walked into the marina store to take care of the tab & get a slip for a few days. I was joking with  the guy at the desk (Marty) telling him I was looking forward to talking to the girl who I spoke with on the phone a few days prior to coming in. He asked if he could help me. I looked at him noticing his hair.  I don’t think so. I was thinking maybe she could recommend a beauty salon. See I am having withdrawals from being pampered. He dialed a number on his phone and said ” I have a customer here with a question maybe you can help with. No.. Really this is a question for you!” He smiled and handed me his phone. The female voice came over the phone. “Hello this is Bobbie how may I help you?” Her voice was so soft and sweet. I explained to her what I was looking for. She chuckled and said that she could help me. She gave me two great possibilities. I thanked her and handed Marty back his phone.

“Was she able to help you?” “Yes, after we get settled I will figure it all out. She gave me two numbers to try.” I smiled back at him and thanked him for his help. “Well, just to let you know we have a new mini van as a courtesy van for our guests and it is all yours when you need it.  I just could not get over how nice they are! Typically, we don’t like to use other people vehicles, this is something we are going to have to get used to doing. I couldn’t believe it; I called and received an appointment with in the hour. 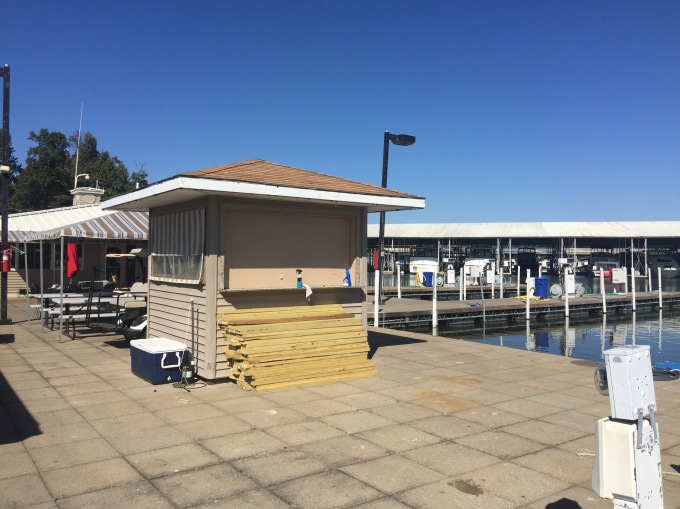 We had two visitors Vickie & Harold. They are Corvette owners just out enjoying the sites. They came aboard and visited for a while. They are really nice people. 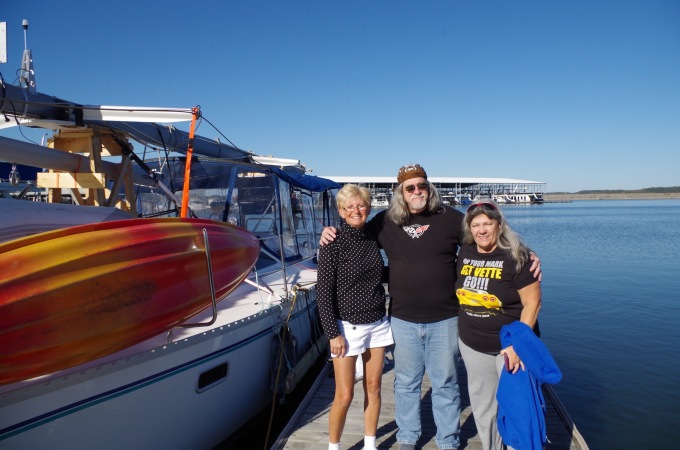 Out for our evening stroll and picture taking. This is a small portion of the marina. They take great care of this place.

Well, I need a night out after cooking for 8 days straight.  We looked for restaurants that were close by and decided to walk to the Harbor Lights Restaurant next door at the Kentucky Dam Start Park Resort. Bryce suggested I call just to make sure they were open. I asked the lady on the phone about the trail going there because it was getting dark. But she said they had a courtesy vehicle/ driver that would come pick us up. Can you believe this! We are totally getting spoiled. OM! If you are ever in this area the food was fabulous! They had a buffet it had everything you could want. Sea food, chicken prime rib, pork. You name it they had it also if you didn’t want the buffet you could order off the menu. Let’s not forget the desert table blew my 1200 calories out the door. 💥💥💥💥 service was great too. 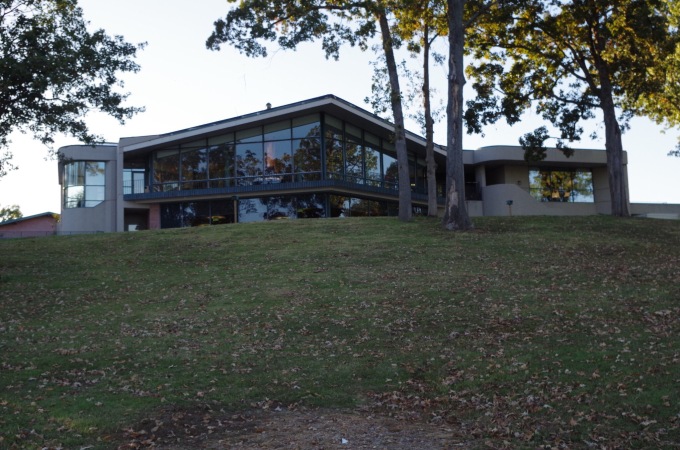 This is part of the view from the restaurant. We walked the following day. This is a bridge that goes over the area of the boat launch. You would not be able to launch a large boat. But great for fishing boats. 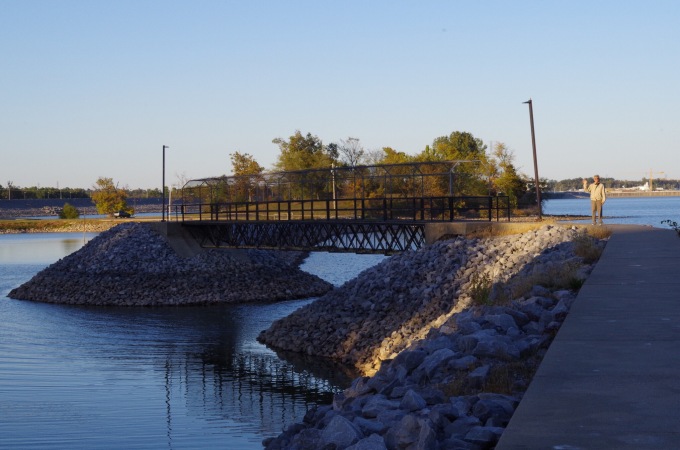 This is a view that shows how wide the entrance to the Kentucky Dam Marina. It is very wide.  However, We could not tell where the entrance was from the lake.  The stone break wall blends in and you cannot see until you are on top of it. I had to call into the dock master and ask his how to enter the marina. Look for the sign that says Kentucky Dam Marina and a it’s about 200 or so feet to the starboard side. 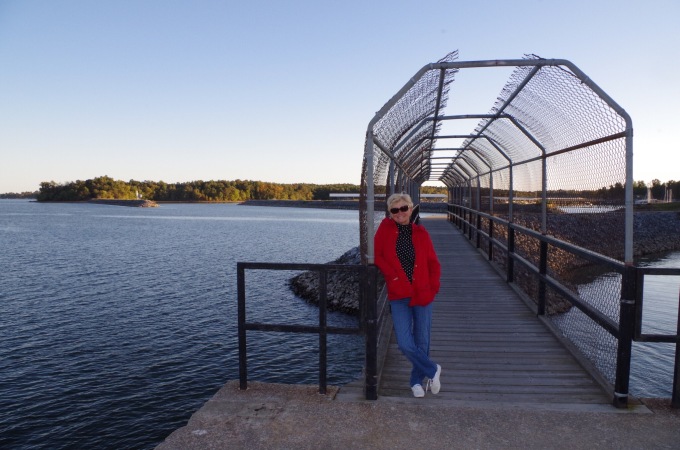 Can you see the dancing fish? It looked like they were putting on a show for us all night. We asked a few fishermen what they were and they called them Chad fish. We think that was the general term for bait fish.

2 thoughts on “Good morning From the Kentucky Dam Marina”