We pulled into Mackinac for an over night stay. It was extremely windy even at the states docks. We walked around the city and despite  cool temp & wind we had a Diary Queen. The following morning we left early to make it to Charlevoix. It was an 8  hour run under motor sail. Not sure what is going on weather wise but the winds are blowing on our nose. We anchored one night in Lake Charlevoix South-West side with a sandy bottom that had great holding power. Two nights in the marina. We both got a bit restless and headed back out to the often bouncy Lake Michigan….to be continued

Pulling out of the State Docks with a great view of the Mackinaw Bridge.

We past our most northern point of the trip.  Bryce doing is happy dance for me…. I think maybe what’s in the solo cup makes him Happy. LOL

It was a bit overcast as we came into the channel of Charlevoix.  Winds died down. 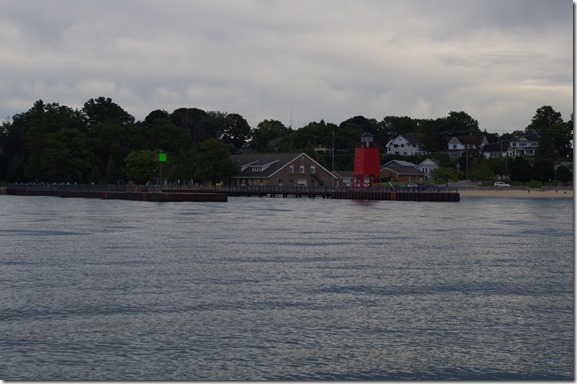 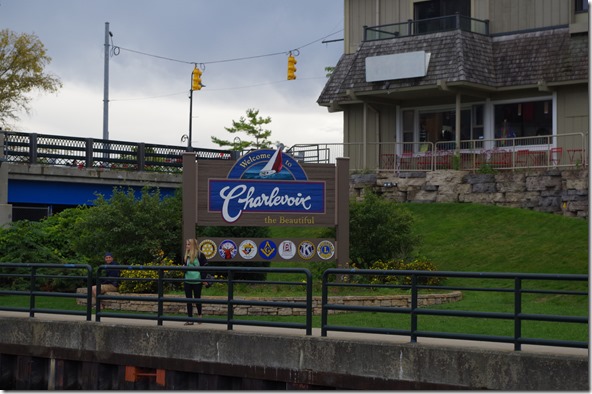 That Big White boat behind us is a 130 foot vessel. Named Three Sons…Should have “My” in font of  “Three Sons” ..LOL 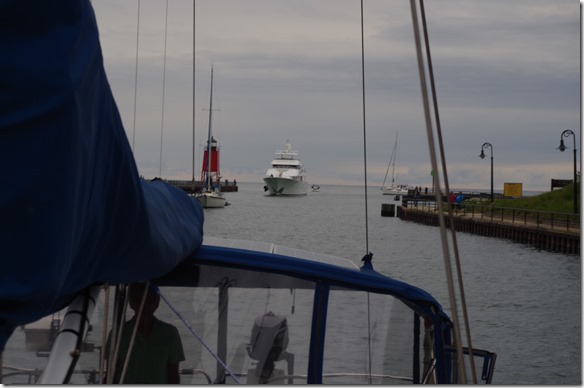 Looking forward we had to wait for the bridge to open it opens every 1/2 hour or on the hour.

Here Is a view of Beauty in her slip.. It was nice and wide and a great marina.

We had the opportunity to met some really good people. The photo below shows Shari and Richard. They were on the Hatteras  next to us. We enjoyed some time with them in the early afternoon on our boat. The following morning we enjoyed a visit with them on their lovely boat. Can’t wait to see them again.   We also had a great evening together with three looper boats:  Marshall, Judy, Mike, Tammi, Bev and Bruce.  We expect to see more of them further on.  Unfortunately, no pictures of them.

There was so much to see and do in Charlevoix that we will have do do another trip there.