Who would think that motoring down the river one could see so such evidence of the spring floods. I have always heard that certain areas along the Mississippi flooded but I didn’t know areas on the Illinois River did. The tree line has been amazing most of our trip because you can see the even grooming that has been done by Mother Nature.  If you closely at the tree line it looks like some one trimmed all the trees to be perfectly level at the bottom branches.

Yesterday, while looking around we noticed this house or should I say what is left of a house. The water has actually gotten high enough to destroy it even on stilts.

These homes look a little higher on the canal side. But the water depth is low right now.

We passed this building and a woman is waving to us “looks like your having fun” I replied back to her telling her we most definitely are. Not realizing until I downloaded photos that it was a store. Now, had they had a sign up that we could see we might have stopped. I thought that was a house for sale.

This barge is being loaded. 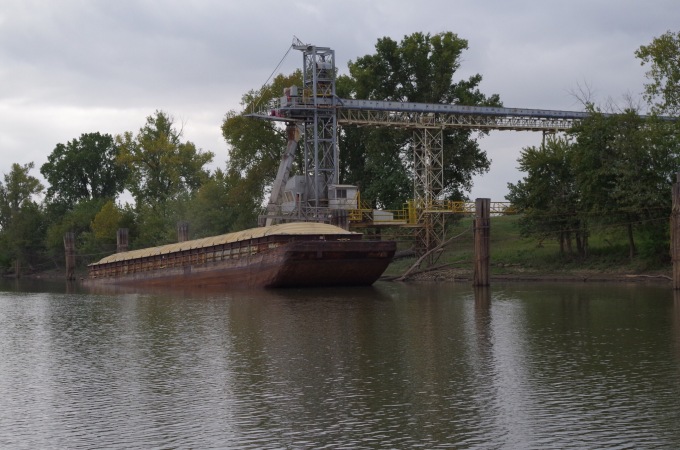 This tow is headed for its barge. I think it’s cute.

We made it to the La Grange lock & dam our final down bond lock on the Illinois River. 110 x 600 feet. We only dropped 8 feet this too was a single chamber lock.  We anchored just a short distance below the lock in about 11 feet of water.

B-Line owners Chris & Stephanie going with us through the locks.

We had dinner with Chris & Stephanie shortly after we docked for the night. 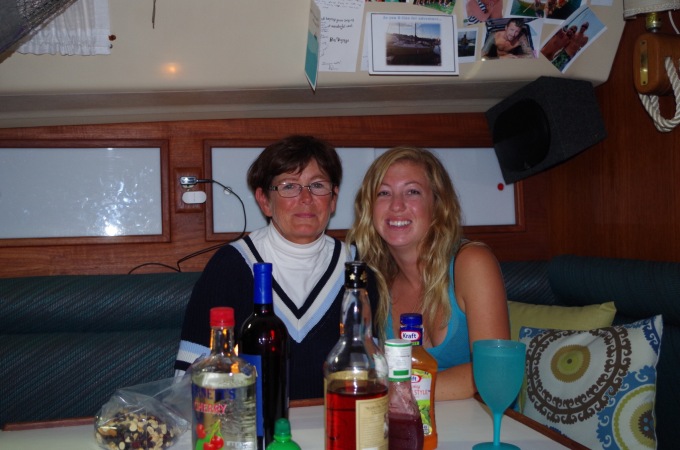 Bryce, Jane and Stephanie, Chris. Chris made a delicious pork roast and grilled potatoes and I contributed the salad and carrots.