What a great day. It was a bit chilly on the ride over to the Orange Beach Park dock; but well worth it. I forgot to tell you; neither the water nor the beach is orange. LOL  As we motored up to the shoreline there were dead fish all over shoreline. I was surprise that the birds were not having a feast. We walked to the park entrance. It was very pretty. They already had a display of Christmas lights up.

Look closely and you can see the tiny fish dead on the beach. 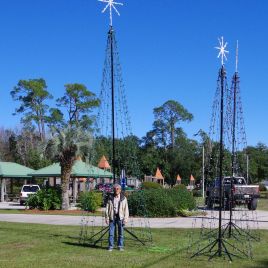 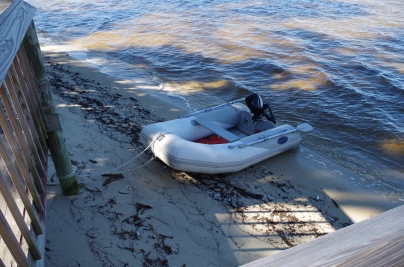 I took a stroll on the pier when we arrived at the park. I like the palms trees; they are so tropical looking to me. We walked 5 miles round trip to West Marine what a great walk. We ordered our new anchor it should arrive today around 1 pm. 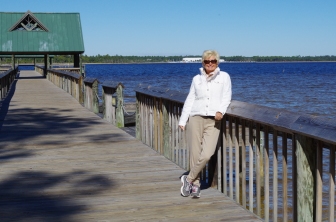 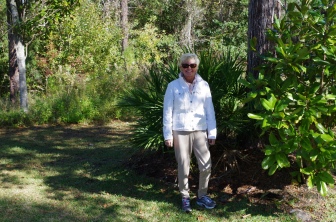 Orange Beach was named for the oranges that were once grown here but in  1916 they had a hard freeze that wiped out their orange groves. However, sadly the only thing left was their name. The town survived with the sport fishing becoming their main industry. The ICW was completed in 1932 this brought more development into Orange Beach. Now something bad turned something good. Orange Beach was struck by a hurricane (Frederic) in 1979.  With all the media coverage this brought the attention of this town to developers who rediscovered Orange Beach. 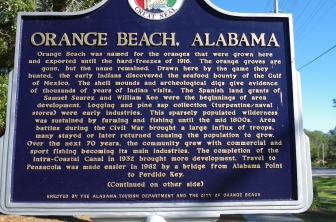 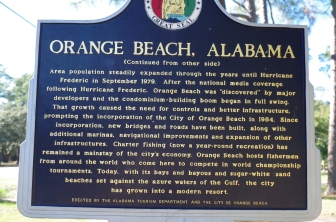 During our walk we found a place for Bryce to finally get himself a hair cut. Beleive to or not it’s been 4 months since his last cut. 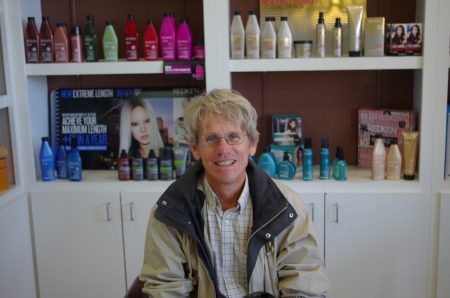 We stopped on our way back and had dinner at Cayman Grill. The food was awesome but they were over priced on Grey Goose Vodka. I had two Vodka & Tonics and didn’t know i was paying 9 dollars a drink. We saw our first sighting of a shark today along with a brown ray and a few other tropical fish in the fish pool inside the restaurant. The little girl in pink was giving Bryce quite the education on the fish in the tank 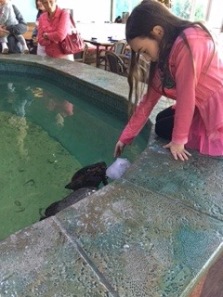 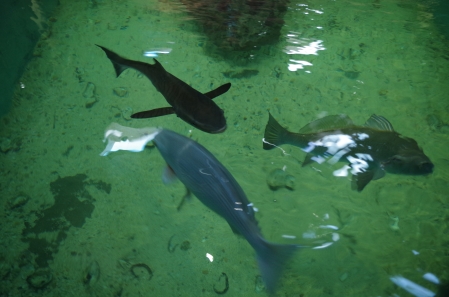 Whether we are on our boat or dinghy we have to watch out for crab pots under the water. If we see a row of these pots we know to be careful. They look like little bombs to me. They have a fuse looking tail that hangs out of them for the fisherman to grab and pull them up. 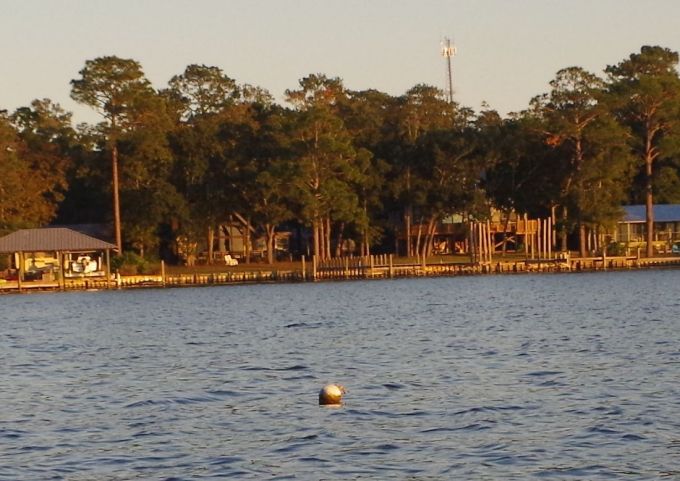 I thought this would be a great time to update our travel map with everyone. As most of you know we started from our home on  Lake St. Clair North Channel. We have traveled 2,300 miles We are taking the ICW to Pensacola Florida then back out to the Gulf when the winds drop a bit. 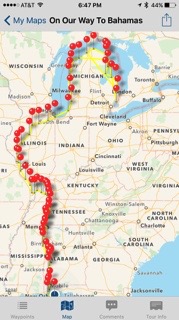 Just across from Orange Beach is where we anchored for the last two nights. Barber Marina is up a bit on our port side. Great anchorage. 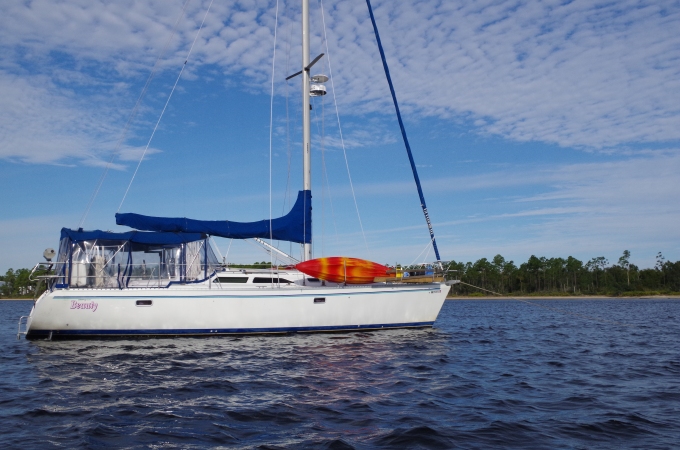