It took us 3 days to make this 311 mile crossing.  From anchor to St Petersburg Municipal dock (where we are) was 387 miles total.  A number of boats were anchored in the bay next to the Pensacola inlet waiting for the weather to break as we left.

We left on Saturday. It started rough as small craft warnings had lifted the night before. And the seas and winds had not yet calmed. We left the inlet on an outgoing tide of about 3 mph. This was against a somewhat offshore breeze of about 10 knots. It created a mess just outside the inlet of 10 foot chop. And me Bitting my nails. After getting past these, the swells and waves created peak waves of about 10 feet due to the 15 knot southeast wind. We put the sails up and the boat settled down. Since we needed to go south east, we spent the day tacking in the rollers. The seas were the same as we experienced in Lake Michigan just a few months back in similar winds. I suppose once you get to one to two hundred feed depth and 200 miles of fetch, it matters little if its Lake Michigan or the Ocean.

Bryce had forgotten to remove the heavy diesel and water tanks from the outside storage, so he got drenched from the waves breaking over the boat moving them onto the deck.  Here he is waiting for the next wave to break before continuing.  I think he was just having fun LOL.

Later in the day, the waves reduced to 5 or 6 feet, so I went on deck to gain a few rays from the fleeting sun.

Bryce created shadow puppets on the headsail. He really hasn’t grownup yet. LOL

The end of the first day is behind us.. We took shifts staying awake while the other one slept for a few hours. After a long night of night sailing.. The dawn of the second day finally arrived. 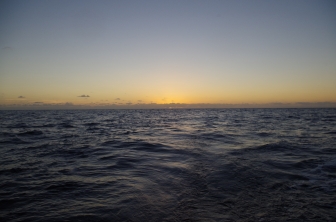 Winds and waves were similar the second day.  About 10-15 knots winds and 4-5 foot average waves.  Peak waves about 10 feet.  A pod of dolphins greeted us on the second day, racing our boat just off the bow.  Amazing how fast they swam.  We were grinning ear-to-ear. 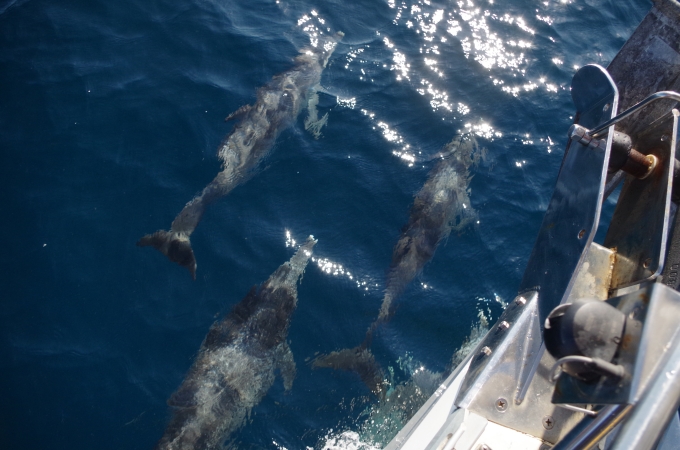 The third day brought stronger winds, 15-20 knots.  We put the genoa on the storm track and reefed it quite a bit.  Since our course from Pensacola to Tampa Bay takes us 100 miles off shore (closest distance), we saw winds and waves considerably higher than what NOAA on the WX channel was saying near shore.  This is a consideration if one choses this route.  No internet or cell out here. This is why I am behind my blogging 😔

We spent most of the 300 miles tacking as the winds were a bit too close to our bow.  So it took a bit longer than we expected.  During the 3rd night, we saw peak boat speeds of about 9 knots running a close haul with full sails.  Morning greeted us near the entrance to the Tampa Bay still far out at the first buoys.  This ship was anchored out, presumably waiting to come in.

Finally after 72 hours of continuously sailing, the sails come down.  Bryce had to manually flake the sails as we had lost two Dutchmen lines on the first day. He is so amazing on what he can do. 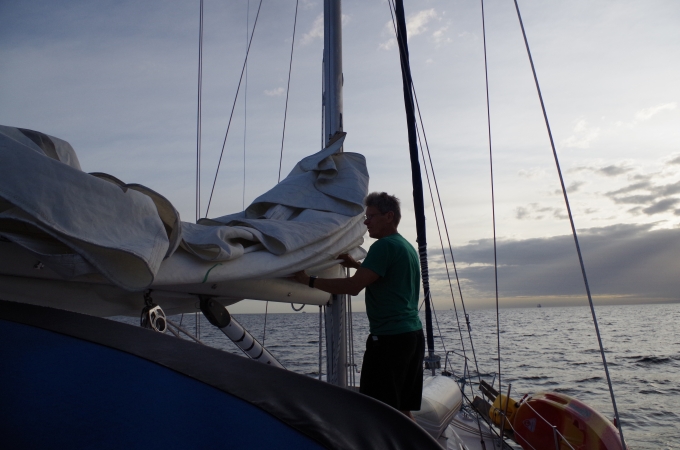 We passed a couple of freighters and a Tow!! coming into Tampa Bay. 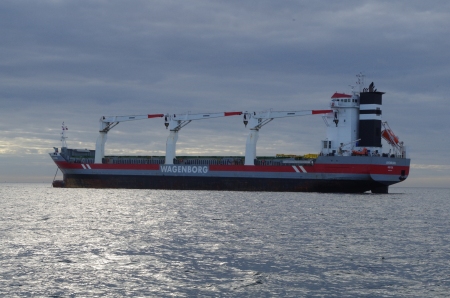 Hallelujah..  The Bay Bridge.. Even George, in a rare moment, realizes the 3 days of terror are over.  He barely ate for three days.

Bryce in a typical pose with the bridge..  Perfect ending.. Of our voyage across the Gulf of Mexico.