We decided to take a stroll through Bimini but before we left Bryce met the owner of a Catalina 470 Jim Seemann. What a delightful person he is. Jim invited us in to see the inside if his boat (PipeDream). It is one of the boats that we thought was a possibility to up grade to. Bryce and Jim talked about our route through the Bahamas. We decided to head to town and look for a loaf of bread and a Bahamian phone. Jim also needed to pick up lunch meat so we all headed to town.

Jim and Bryce looking at charts.

We walked into Watson’s Supermarket and asked for a loaf of bread and nice lady told us we had to walk about 2 blocks down to Charles for bread. 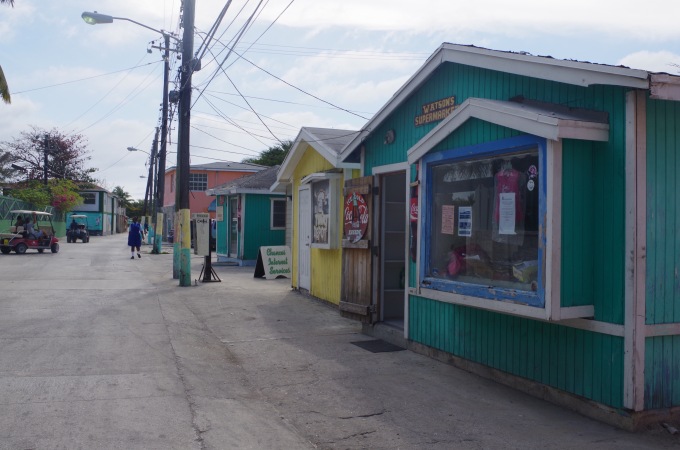 On our way to Charles, we passed several more stores. Bryce got a kick out of this one because they had a bit of this and a bit of that but no bread. 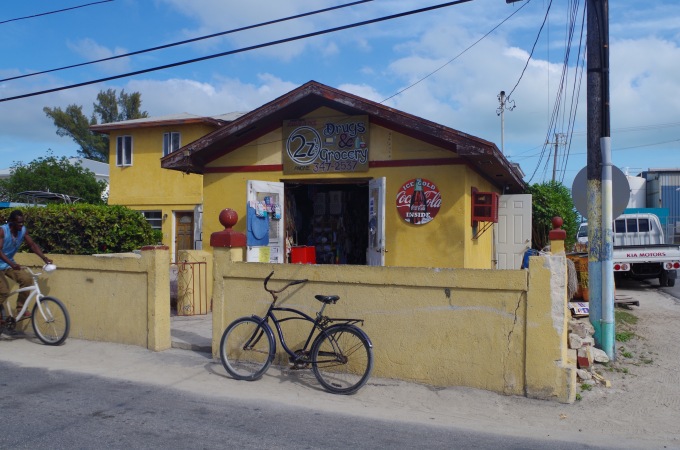 I am starting to think this is like Where’s Waldo instead it’s where’s the bread. Okay, my count is up to three grocery stores.

As we continued to walk towards Charles, Jim pointed out the BTC phone store and Bryce decided it might be a good time to stop in it was already 4:10 in the afternoon.  Jim continued to the next store while we walked in to BTC. I noticed a sign on the door. They close at 4:30 it’s a good thing we stopped. Well, here went another 130 dollars on a Bahamian phone just for the internet. We are so excited we are going to have internet in the Bahamas. Bryce tried it out in the store. It works…

Some time later as we walked out the store, Jim was walking towards us. He was happy; he found his pot of gold…(lunchmeat) LOL but still no bread and stores are closed now.  We headed back towards the Big Game Bahamas Marina. I looked around at the local stores.

I looked at my watch and decided it was dinner time. Ah..The Big game Restaurant above the pool area looked like a good place to eat. Bryce and I went in a ordered our dinner. We split a cheeseburger. LOL but I also had a Bahama MAMA drink is was very good. 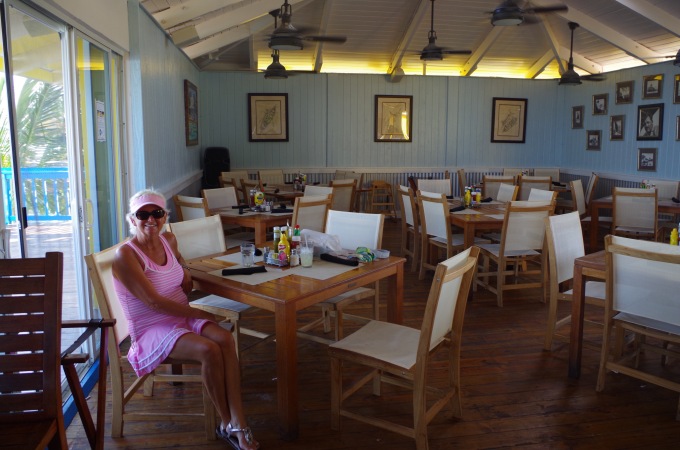 After dinner we headed back to the boat to get some beer. when we noticed this stingray and Shark swimming. Come to find out we heard they feed the sharks to keep them nearby so when visitor come and want to shark dive they will see them.

Right next to beauty was this shark. Just amazing.

We went back and sat by the pool for a few hours. It was so relaxing. We also spoke with a couple that were staying in the hotel. Nick and Alice; it is so nice to meet nice people.

We sat beside the pool with a few beers. The lights in the pool would change the glow from blue to green. Very Nice

3 thoughts on “Looking for a loaf of bread”