After spending the night in the bay off Current Island,  it was time to head towards Spanish Wells.  We anchored a bit off from Spanish wells. We didn’t spend enough time in Spanish wells. But it leaves us more to explore on the next visit.  We went into Spanish Wells and explored the local store and fueled up the jet-ski. Bryce got a little upset with a local on another jet-ski. First he cut us off at the fuel pump. Then he told another boat to come in and fuel up after he was done so they could put it on the same bill.    As he started to pull away from the doc he floored it took off like a rocket leaving all the vessels there to hit the pilings and bounce out of control for a few minutes. Now, that gives all jet skiers a bad name!!  There are all kinds of signs that say NO Wake Please!!! That includes jet skis!!! I really am thinking that maybe people don’t know how to read or they plain don’t give a rat’s butt!   Okay, I am done venting. LOL.. Boy that felt good to get off my chest 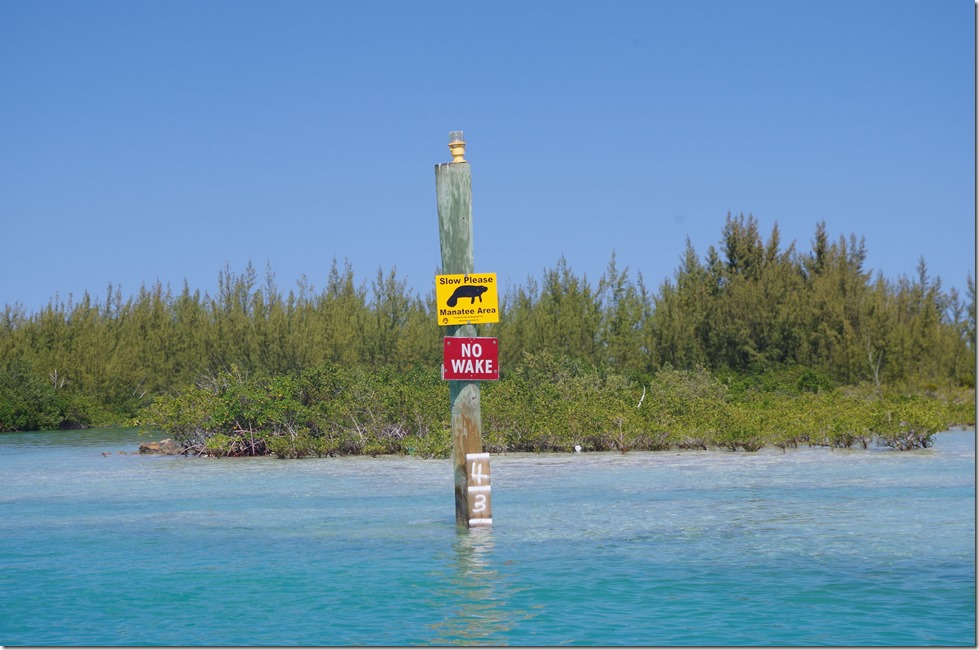 Spanish Wells gets it name from an early explore who found fresh water on the island. Spanish wells is known for its prosperous fishing fleets. Apparently, they supply over half the entire Bahamas with there catch of lobster, conch, and many type of fish. 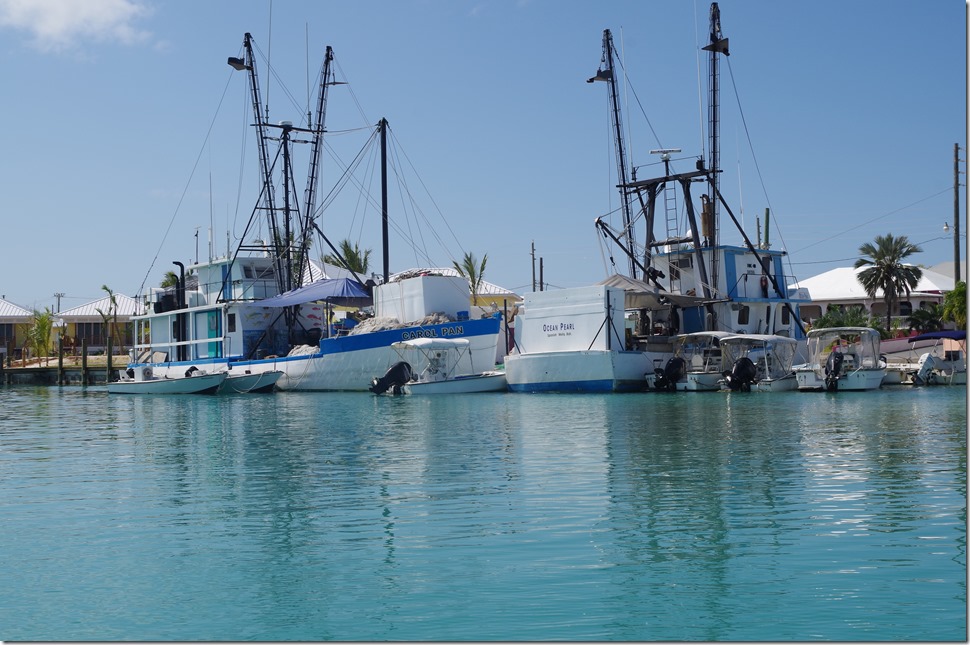 We explored the surrounding areas and I picked up a loft of bread and two ice-creams for $13. It is so hard to believe how hard it is to find bread. Yes, the next adventure will have a bread machine on board. 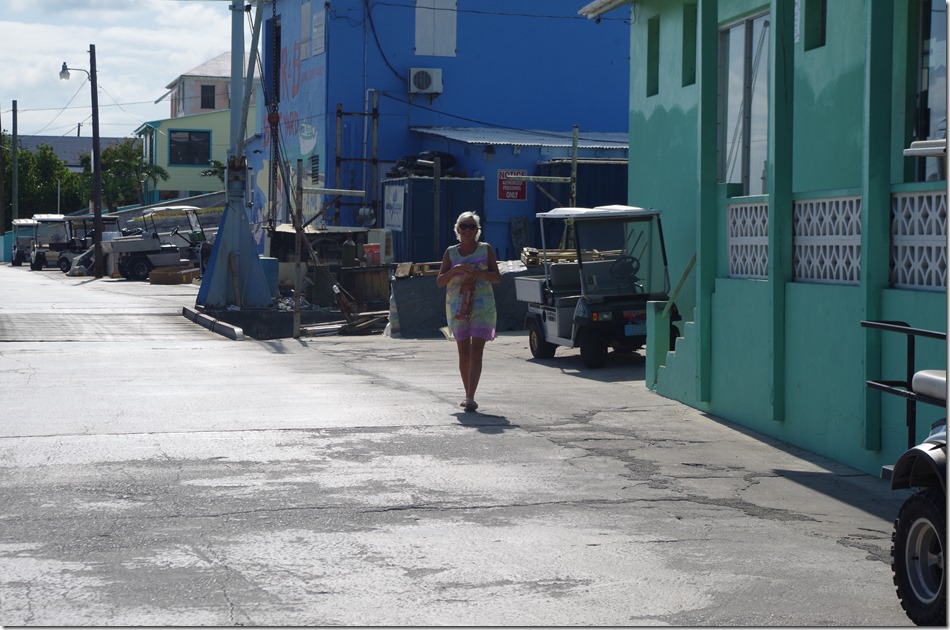 I laugh because this is one place I think really does need a full service boat yard after seeing the channel that goes through to the Atlantic to get to Harbor town. We did not take the Devil’s Backbone with the winds and the waves.  We felt it was to unsafe; instead we took the long way around. 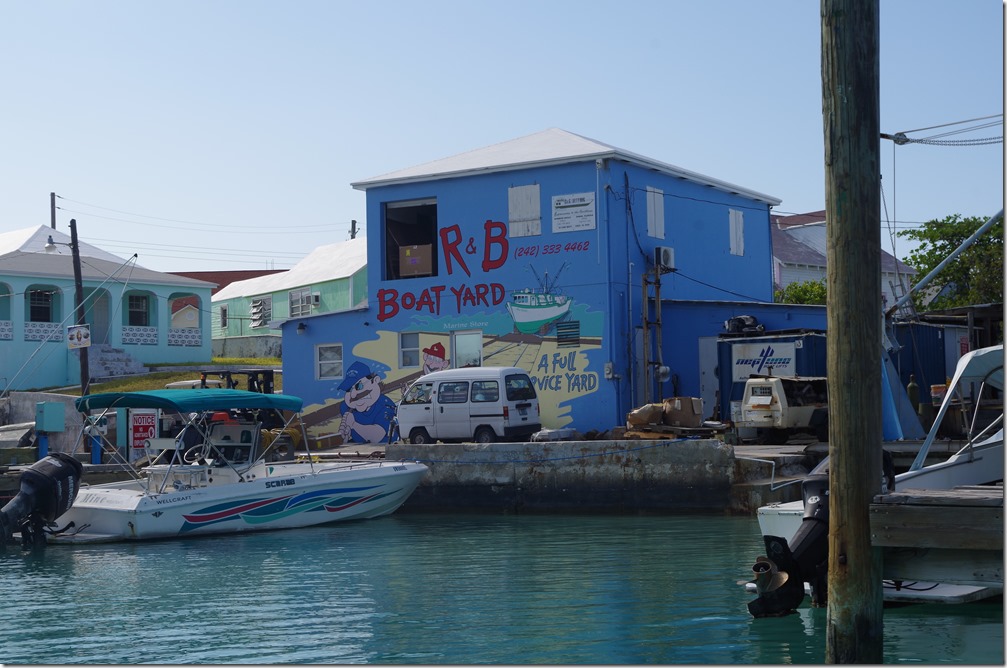 As we past through Spanish Wells in early morning, we noticed two guys painting a fishing rig. 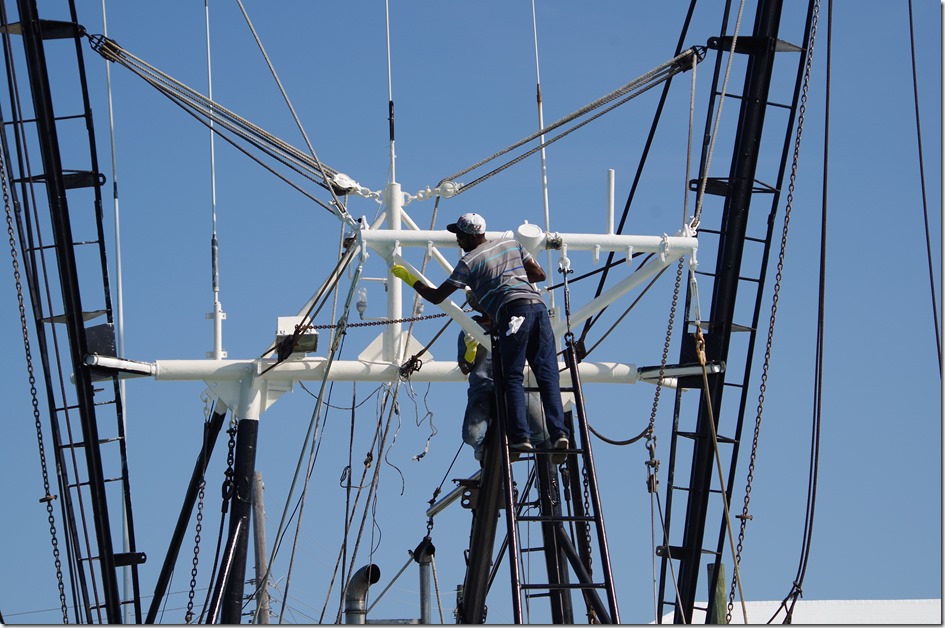 As we passed through Spanish Wells into the Atlantic, I stood on the bow looking into the water to help Bryce avoid hitting any thing. This channel takes us through town and is not very wide.  This is a side profile you have to be very careful it is shallow. 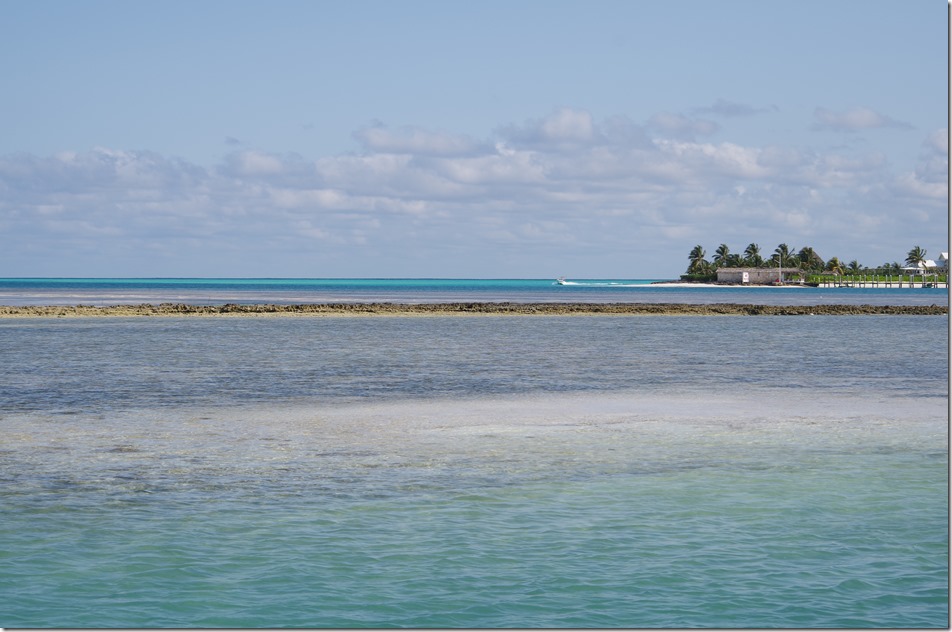 Only a local can pass you safely… in a no wake zone. 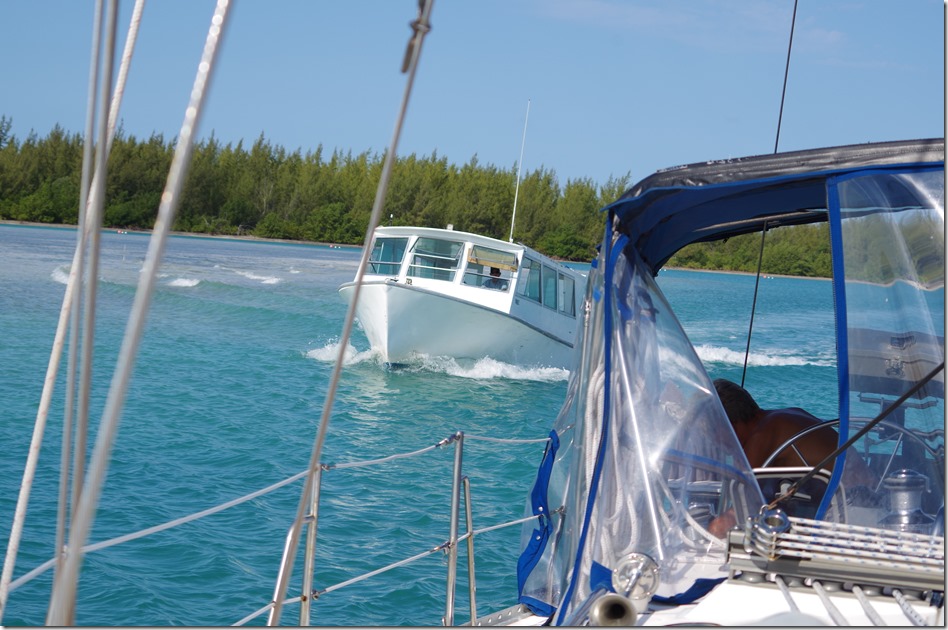 We followed the channel further out. I laughed; I really don’t think people read or care about other people property. I watched as the wakes grew as we were passed. 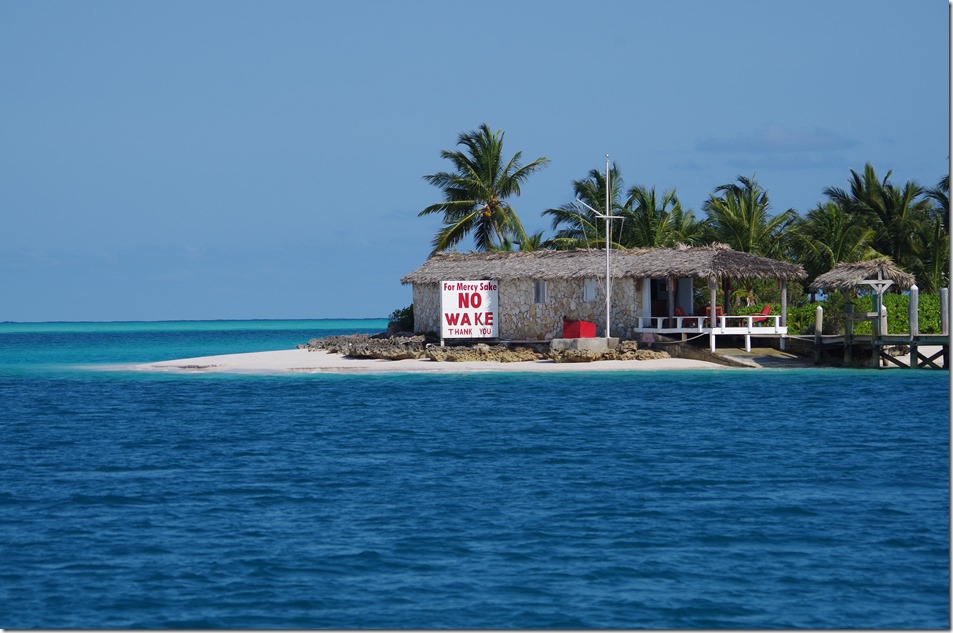 We hit roller after roller and watched them crash up on the nearby shoals.  You have to keep your wits in these area and have a good chart plotter. 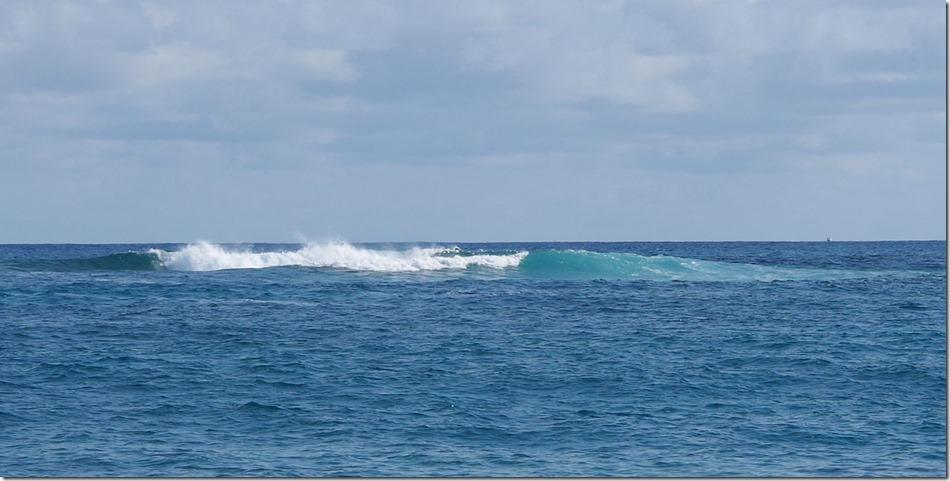 Bryce had to keep us on the sailing line using the GPS. There was no room for any errors on this route.  Rollers were breaking on each side of us.  Water depth was not visually obvious.  However, there was a clear route through the breakers. 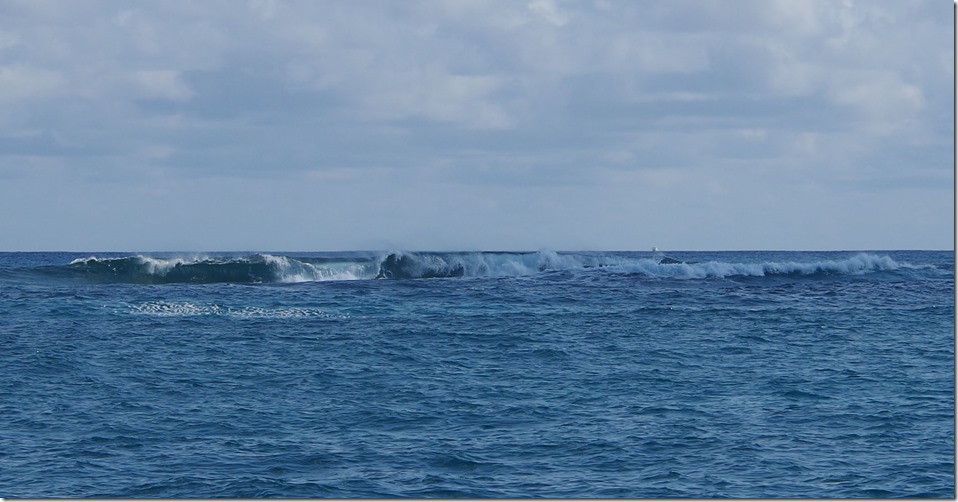 This vessel is on its way to Spanish Wells through the Devils Backbone. Although this picture doesn’t really show you the reality of the danger.  We saw similar breaker areas as we jet skied around New Providence Island going to Nassau. 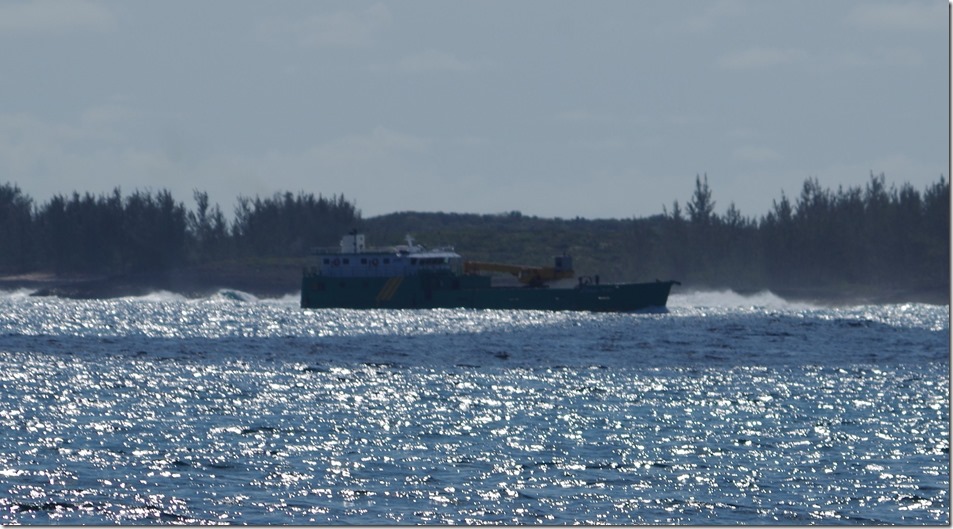 We made it out to the Atlantic. We had a ways to go. We were headed to Harbor Town. Bryce thought I would get a kick out of the pink beach that we read about. We noticed horses on the beach as we were coming upon the Harbor cut.  Here is a picture of the pink beach. 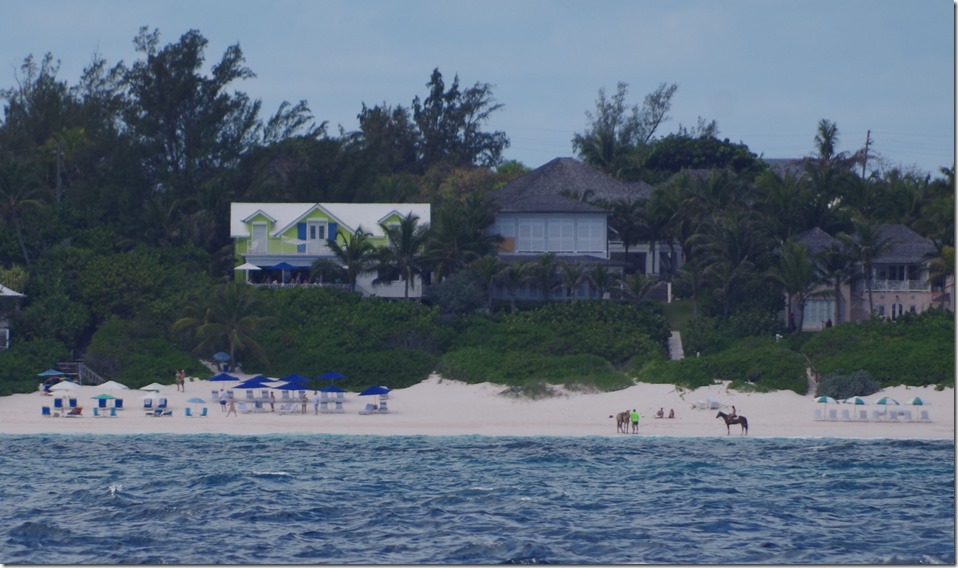 We made it to Harbor Island Cut. This is my view as the rollers were coming into the Harbor with us on a rising tide near low tide. 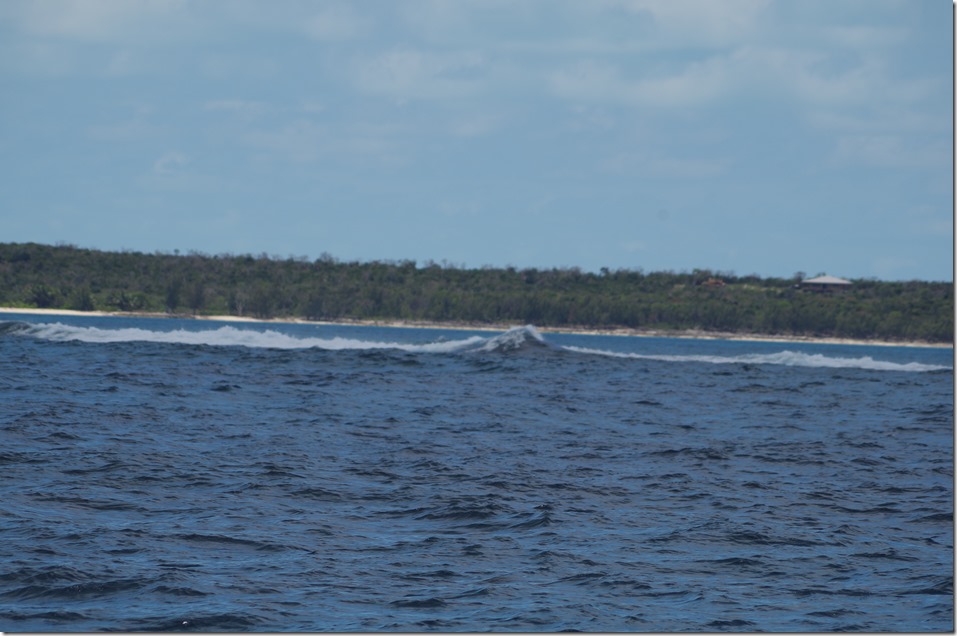 What a pretty view of this home or ??? 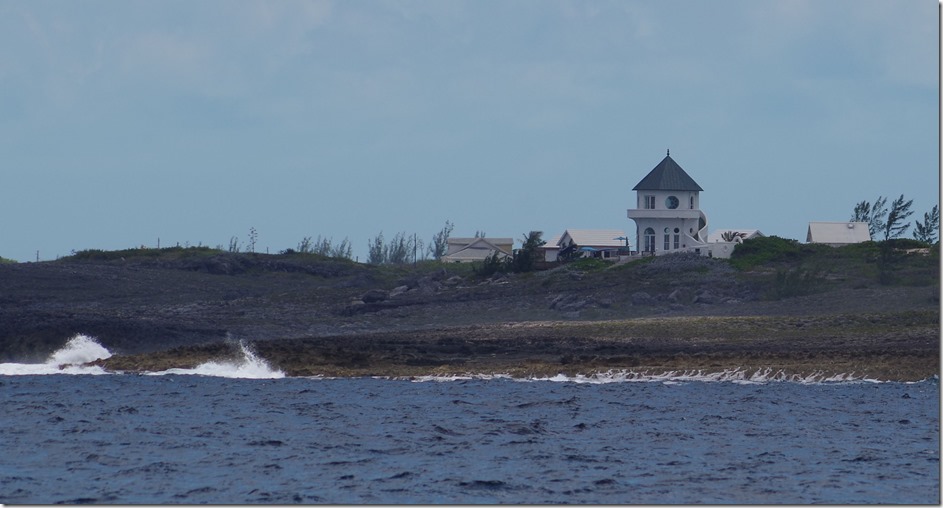 I just wanted to get though this cut!  Look how smooth the bay on the other side looks 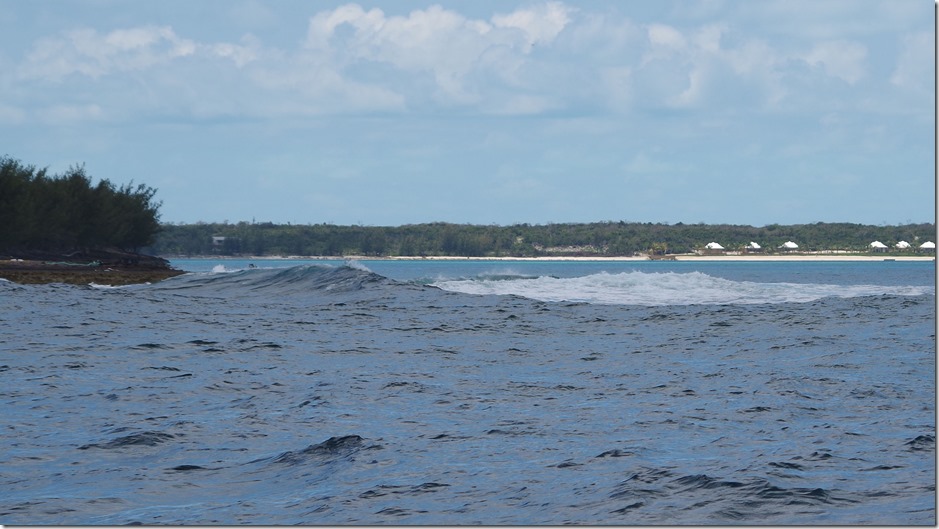 As I turned around to see Bryce I noticed the roller in the back ground. 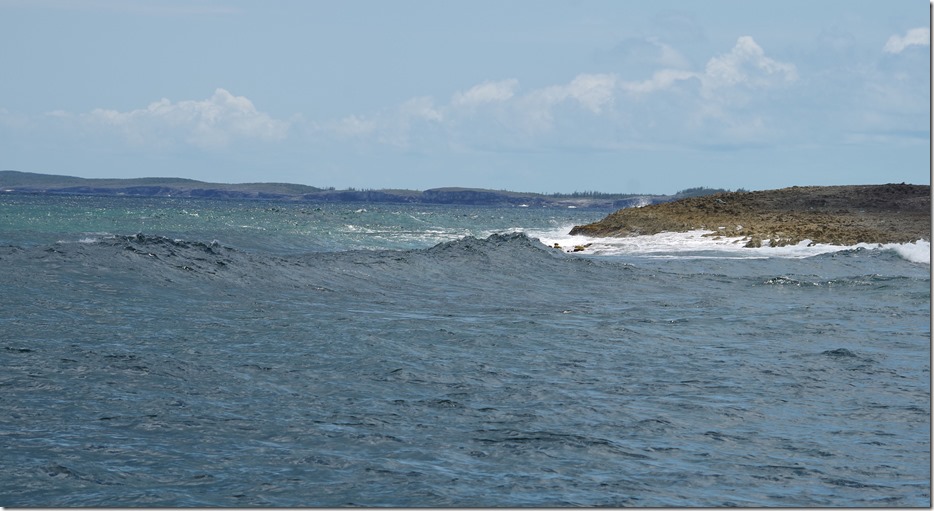 We are now in the bay. I think this is the smallest house. 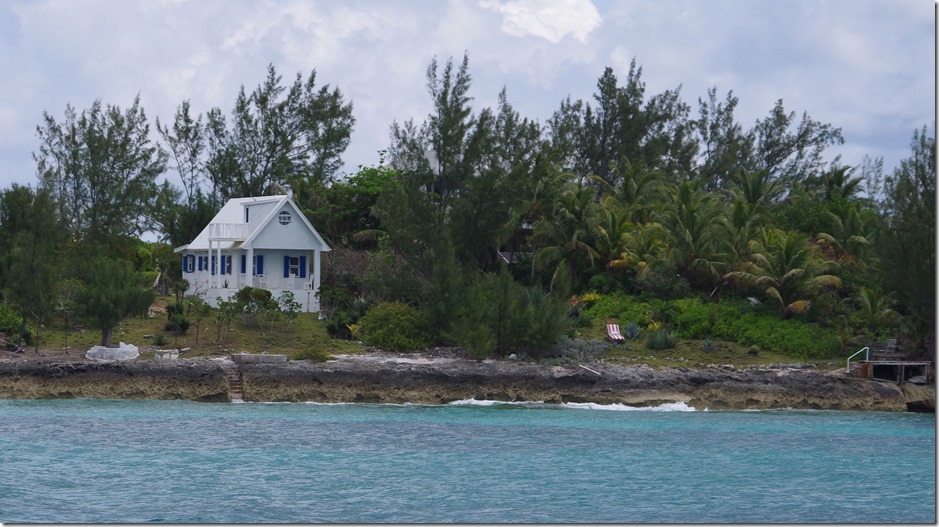 Okay, If you haven’t been here before you must use your GPS and charts. This is a very tricky bay with its shallows.  We will end the day with a view of Lady Joy she is a 115 foot vessel and is a charter boat. 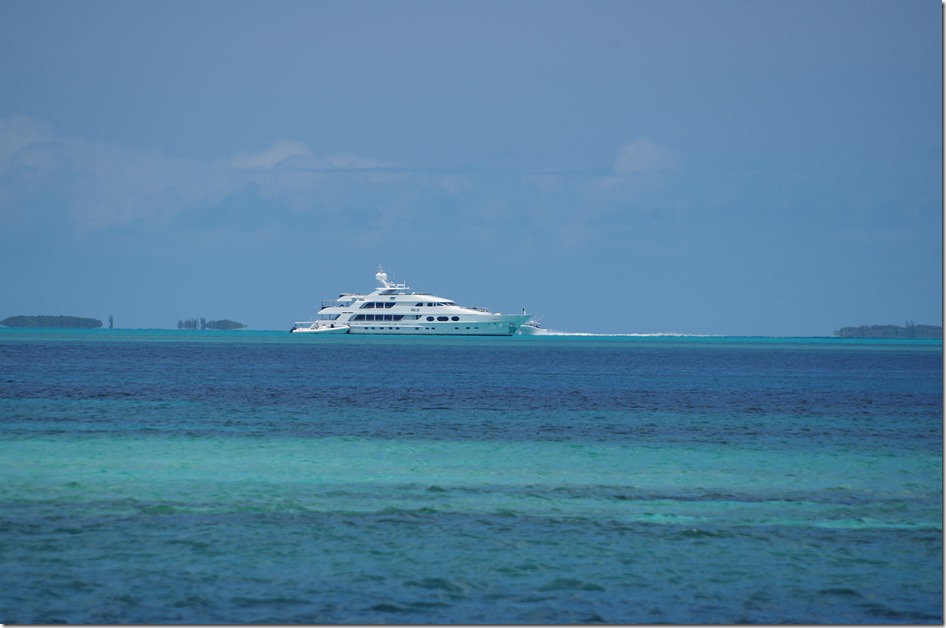