Trip down the Mississippi today was drop dead gorgeous.  Beautiful; the sun shined all day. The air was a tad cool but the sunshine made up for it. The river was peaceful today even with the traffic of all the tows. It’s funny; seems like we always met the tows on a curve. It’s really no big deal. Bryce just calls them on the VHF and ask what side they would like us to pass on.

If they are traveling the same way,  sometimes we just follow them. Because most of the time they travel faster than we do. We travel at 10 mph over ground. The tows sometimes 12 mph. What is funny is one day we will get passed by “Mark Staab” a few days later we just might see them again. In some sort of odd way, I think they all are watching us.

They also seem to like it when Bryce hails them as we pass by them. The other night when we were out in the heavy rain the tows radioed each other about us coming down the river so when we anchored for the night Bryce picked up the mic and told them we were anchored. They thanked Bryce for letting them know.

I am starting to feel like it’s a family out here. LOL

Shortly after we pulled up anchor, just around the bend we saw more canoes on shore. This time there were two. I think it is safer to go down the river with a another buddy. 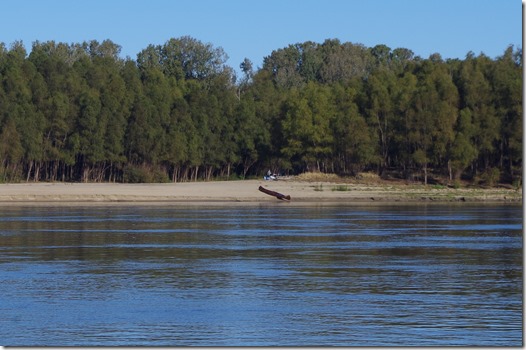 The Army Corp Of Engineers had a huge project in this area.  This barge is a set of 4 cranes use to unload large concrete slabs to reinforce the dykes. 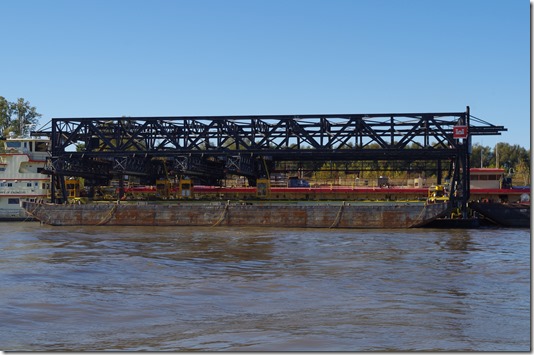 This was two large barges with sleeping quarters for the workers.  This was the size of a medium two story hotel.

Look at all these concreate slabs.. We see them placing them alone the shoreline to help stop the erosion.  These slabs are held together and to to shore with huge steel cables that wrap the dyke.

This tow is pushing 7 barges wide and 6 long for a total of 42 barges.

I thought this was a cute little tow.  Her name is Terrene. We have noticed that the little tows are used in areas to shuffle barges around. 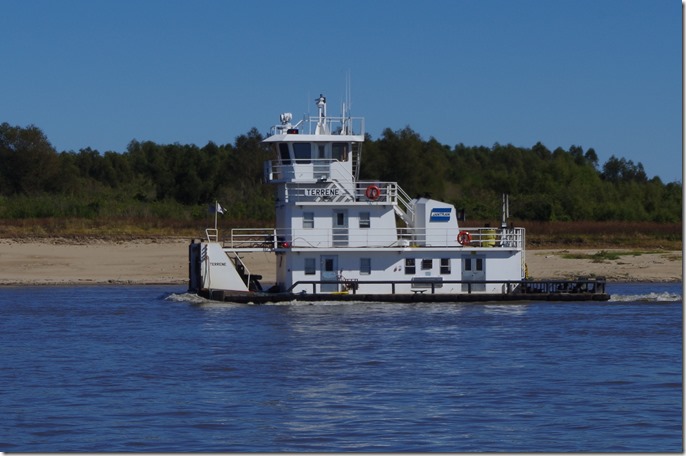 Once again, a dredger scooping up water and sediment and shooting it out near the shore.

Look there I see life… okay maybe homes. We are stating to see a few more homes along the river. 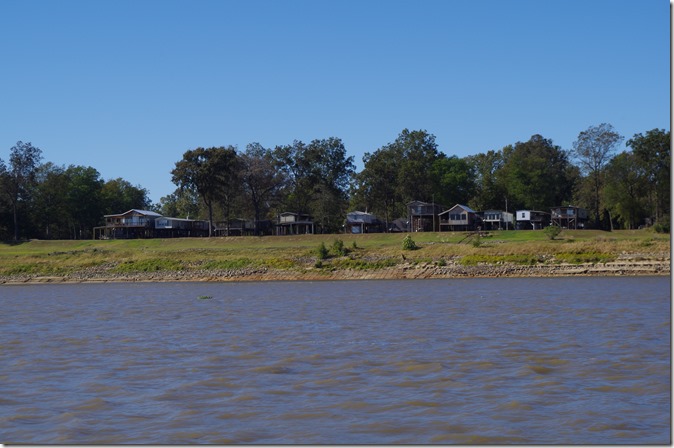 This is a bit unusual, George is awake and watching the shore go by as we cruise along the river. 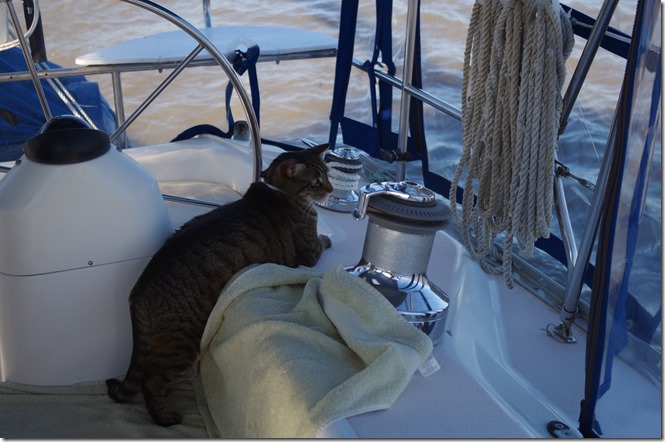 We were passed by two north bound Twos after anchoring last night. 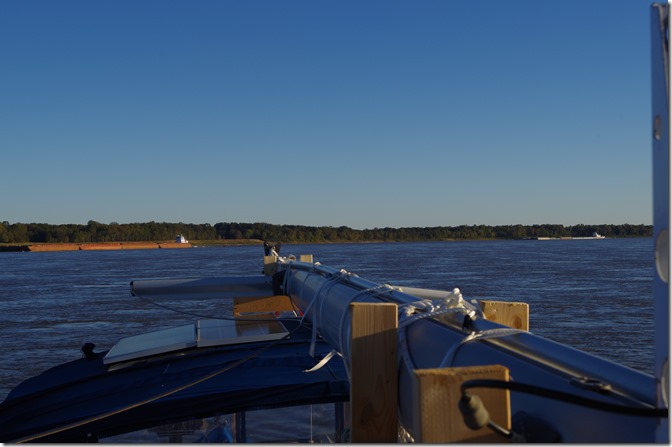 Such a pretty evening we just had to enjoy a few minutes of it. 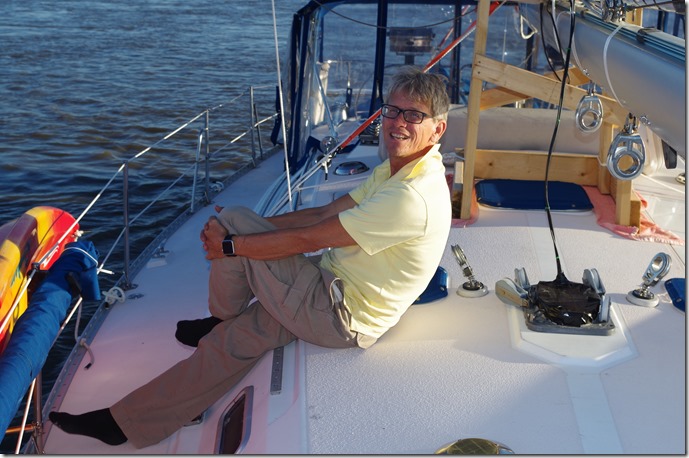 I was cooking chicken stove top stuffing and Bryce was grilling chicken. Poor George didn’t know if he wanted to be up or down.. of course he loves to eat chicken.

Our anchorage last night. Remember you can always check on our whereabouts by going to https://trackmytour.com/35L17  Feel free to leave a message too. 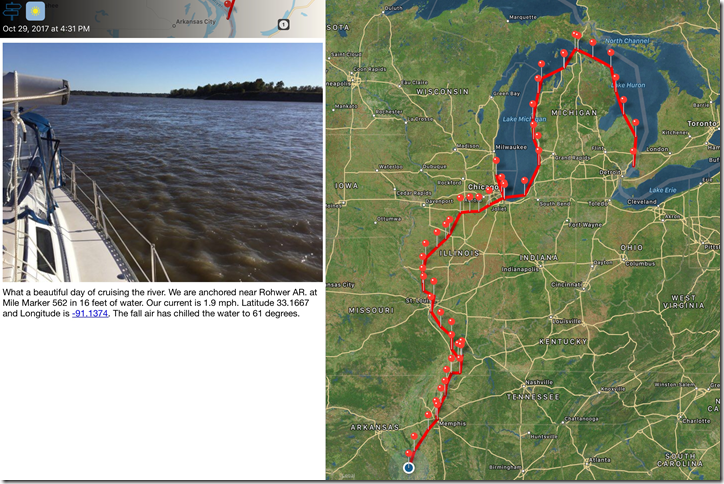 Thanks for following us