As we cruised up the ICW, we had seen on WindAlert and some of our other apps that we had winds coming in.  They expected to reach 40+ knots along with rain coming in so we decided to take shelter in a marina.  At first I was very excited.   By the time we reached the channel markers the winds had already stared gusting reaching 22 knots.  We pulled into the fuel dock and took on some fuel and I registered us for our slip H25.  After we settled into our slip we decided we would explore Daytona.  I was so disappointed!!   Yes, it’s Sunday. I didn’t know that nothing was open on Sundays. So we went back to the boat and called a taxi to take us to Daytona Beach area. Where are all the people? Daytona looked like a ghost town.

As we left New Smyrna we had to pass under this cute bridge. We timed it just right for its opening. We followed two other boats through. 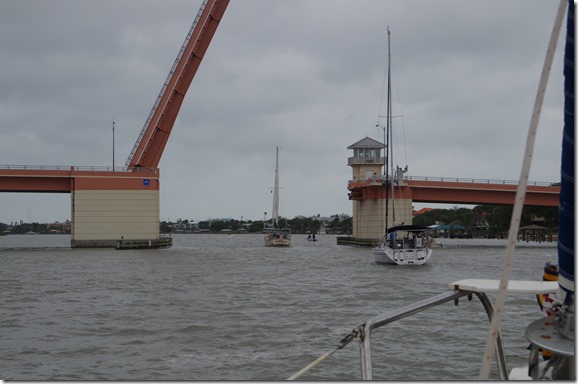 George for some reason didn’t want to climb under his towel. 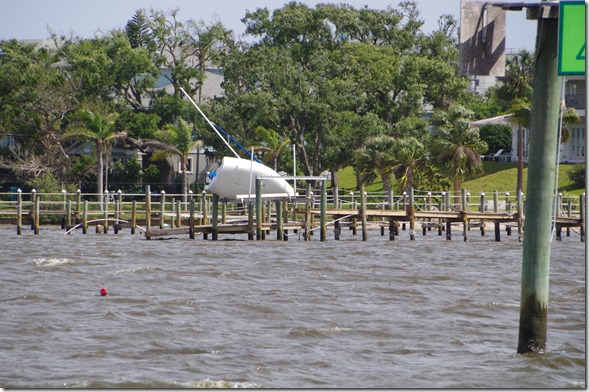 yet another boat on shore. Looks like the sister of the one in the last blog.

Well we settled into our slip a few hours later at H-25.  We backed in to assure our electric and air conditioning cables reached the box.

We ended up taking a taxi to Daytona Beach. Our first stop for some pizza.  We have not had good pizza in ages.  It seems to be a problem getting pizza we like.  This place made quite good pizza. 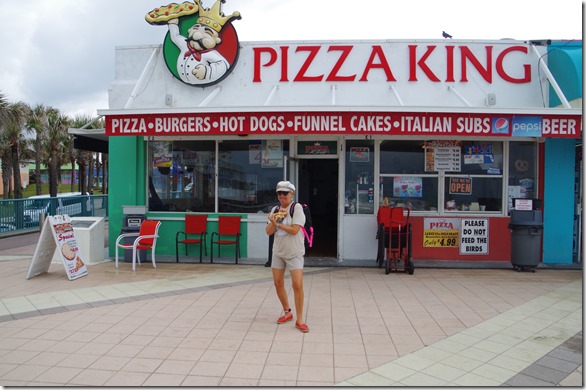 Bryce wanted to go on stage and sing Gilligan’s Island.. LOL.. But there was a fence blocking people from getting in the stage. Daytona was saved from hearing his magical voice….

We wondered through the plaza and decided to get ice cream.  Not a lot of people here. 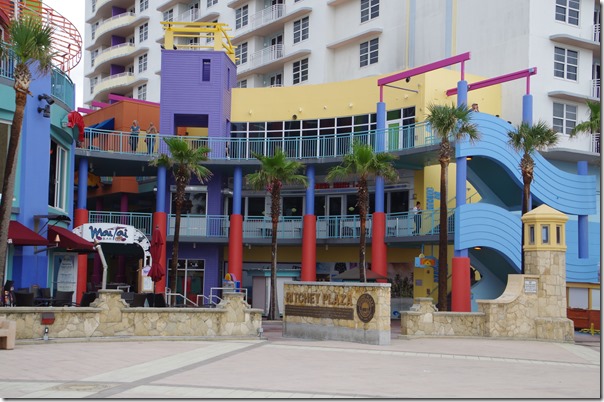 I love the colors… There is hardly anyone around.

It would be cool to heard someone play here.  They don’t start till May or so.

My toes are in the sand but it’s hard pack sand. Kind of hurt my feet.

A painting of Manatee is on the back of the staircase.. Pretty cool; Love the colors

After eating the ice cream we had to talk a walk to burn off some of the calories we just ate.  The offshore winds were whipping up the waves. 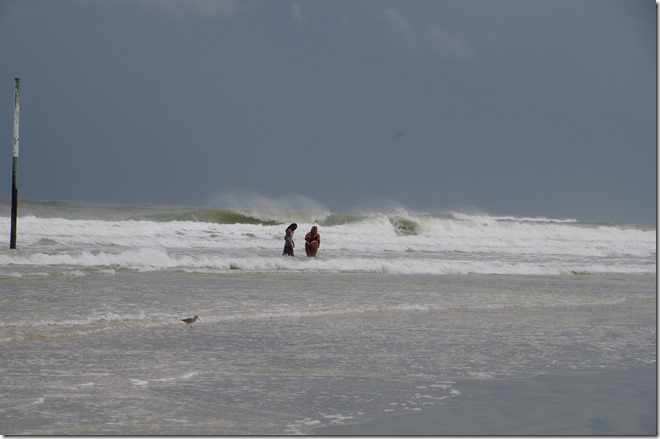 I found a small group of bodies  on the beach.

Sure isn’t a lack of restaurants.  And they are open on Sunday.. unlike the city.

We saw so many black headed seagulls.

There seems to be a lot of repairs going on and a lot of missing buildings along the beach front.

Cars on the beach… pretty cool. When we were on our honeymoon, this was one of our stops.  We drove our car on the beach.

Thanks for following our blog!