What a crazy amazing day. I have waited a while to be able to sit on deck in shorts and a sleeveless shirt.  Today was the day.

Although when we pulled up anchor, it was still a bit chilly.  I to have to laugh because when we anchored last night, I didn’t realized we were in a crab pot patch.  We were totally surrounded by these little guys.

We had thick fog early morning fog as I sat in the cockpit waiting for the fog to clear up. I could see these little floating objects that look like some child lost their ball appeared out of no where as the fog lifted. We had no issues really as Bryce was standing on deck directing me as I dodged the crab pots to the main channel.  What a beautiful day.

Yesterday, I posted about the weather that will be upon us Thursday and Friday. We are going to anchor in an area near the St. Luci inlet.  It is supposed to be a good holding area. Believe me I will let you know.  I have no doubt that I will be a bit nervous, because I already am. LOL The local news said gusts up to 50 MPH. We have seen higher.  It’s just uncomfortable and nail biting for me.  Maybe I’ll catch a movie to help time fly by.

Bryce took off our smaller Danforth to install our bigger one.  This one has held us in 80 mph winds.

This is a small view of the ICW. It became very twisty for a while. I had to sit on deck without my sweetie.  But someone had to navigate.

We need to anchor and take our chairs to this sandbar; it looks so inviting to me.

Okay, There are so so many boats in distress.  I say so many dreams are lost and those dreams became someone else’s nightmare. As you can see it is not always a sailboat in distress  powerboats boats are lost also. With that said; being from Michigan I am not use to seeing this.  But it’s not just Florida. Sunken boats are all over.  We saw them going down the Mississippi and in the Bahamas. 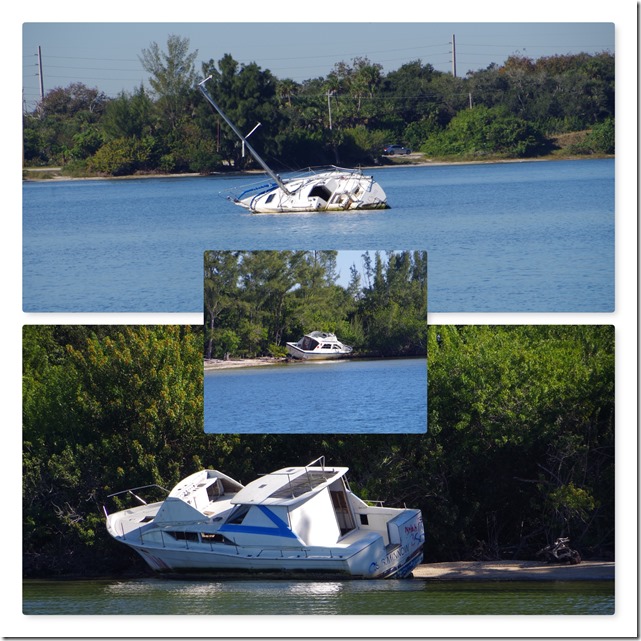 Now, look.. It is a tower of boats…Look how tall it’s Must have a huge lift. 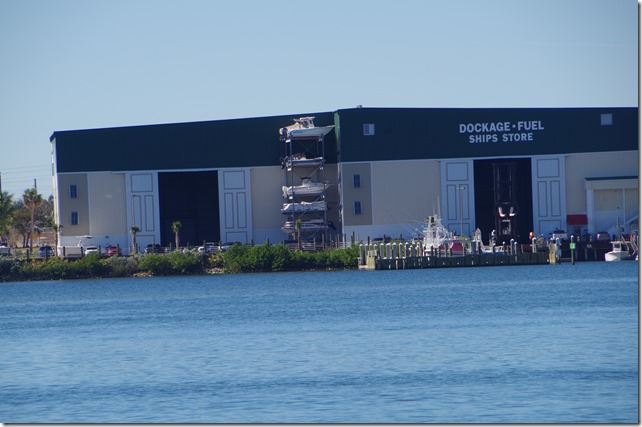 These jet skiers are dressed like we dress to go snowmobiling. The one in the rear had a big rack.  I think they are cruising the ICW.

Well, I guess someone found away to use damaged boats… Advertise “Send Nudes”. LOL It could be worse.

I don’t know why but it’s kind of cool to watch the fisherman get ready to toss their nets.

Well looks like they might have to dredge this area in not so far in the future. It is pretty close to the channel.

I cannot believe all the boats out today. School must be out.  Maybe a lot of people on vacation. I don’t understand why people are always in a rush. They miss so many fantastic things. But I guess if they have the power, that’s what they do. I can say that because we have a power boat in Michigan.  We have learned the best thing about boating is the cruising. Slow and peaceful. 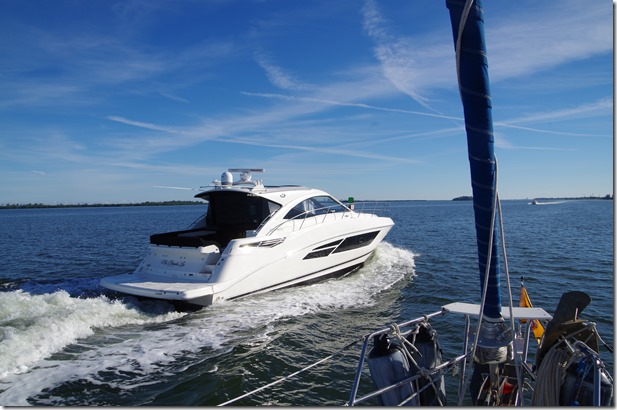 We passed through the Fort Pierce draw bridge. Just to the Port side is the inlet to the Atlantic. We will be out there this weekend.

Last time we were here which was last April, Cobb’s had the best “Rum Runner” cocktail 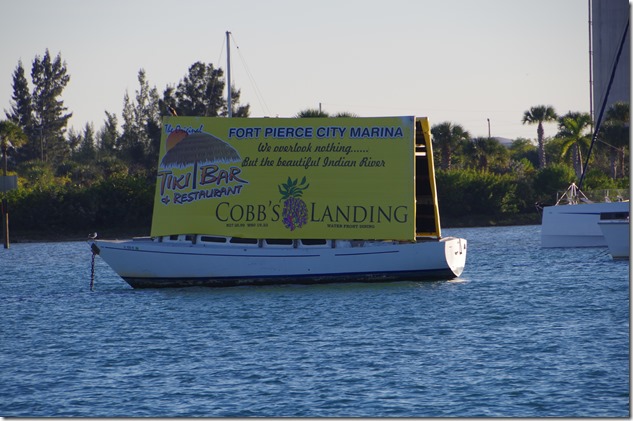 Tami, it looks like the moon is getting fuller. But I thought the next full moon was in January? I could be wrong. 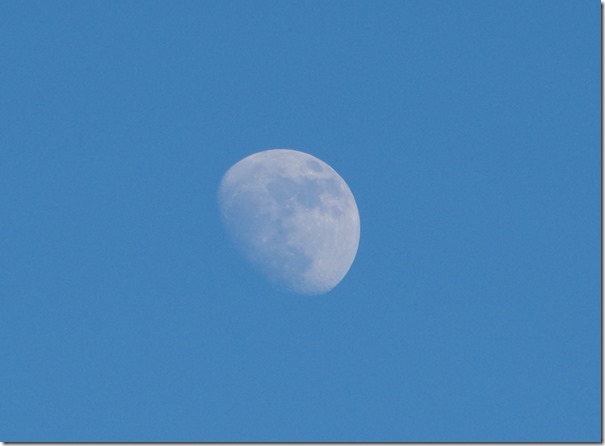 Well, Thanks for following us.