We sailed wing on wing as we left Green Turtle Cay to Great Sale Cay  Winds were 16 knots from behind, boat speed was 8-8.5 mph. This was about a 60 miles sail and it was perfect. There were several boats ahead of us sailing and few powerboats. Our plans were to stay at Great Sale Cay till the following morning and cross over to the St. Lucie Inlet Florida.

As we sat on the deck the following morning sipping our morning coffee we watched 18 sailboats and 4 powerboats leave the protection of Great Sale Cay to cross over to the shoreline of Florida.  This is an all night sail for most sail boats. We were timing the tide into St. Lucie Inlet so we didn’t want to leave till some time between 10.am and 11.am on Friday morning.

However, looking at the winds and waves, we realized we could anchor another night at the edge of the banks and not have to make an all nighter.  Rather we would sail to Palm Beach Inlet.

Our Stop at Green Turtle Cay was awesome. Green Turtle Cay is one of the barrier Islands off The mainland of the Abaco. You can only reach the island by ferry or boat. It’s worth the stop. Bryce anchored us behind a 100 foot tall rock cliff to protect us from NE winds. We were only 300 feet from the beautiful shoreline. Our water depth at low tide was 10 feet. The winds were to be gusting between 20 to 25 miles per hour. Bryce was amazing at picking out this anchorage. We didn’t feel the harshness of the winds. We drove the jet-ski into Green turtle Cay for the day.

Patch is tied up to the dinghy dock at Green Turtle Cay.

This cannon surely is being destroyed by the saltwater. She is mounted near the dinghy dock.

The streets are so narrow just barley enough room for a vehicle. It’s funny it takes 15 minutes to walk the town yet people drive cars. 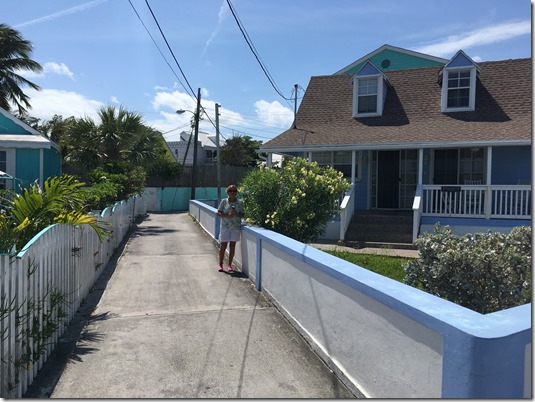 Haunting Loyalist Garden: The history here is the American Colonist that were loyal to the British flag left their slaves in the U.S to travel to the Bahamas in 1770’s.  In 1780’s the Spanish tried to retake the possession of the islands and failed. Due to the help of the South Carolina militia the loyalists in the Bahamas, without a shot fired, made the Spanish retreat. 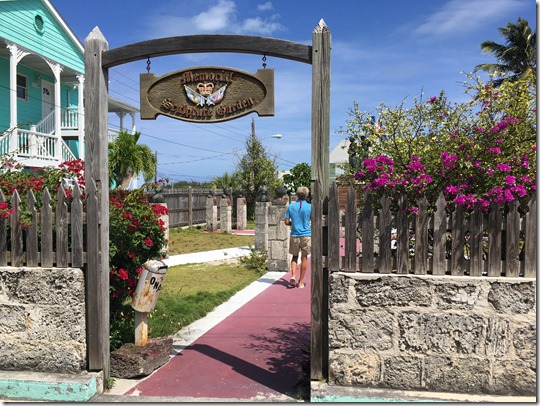 In just a few minute walk you will see an out door park with busts the represents the loyalist of the Bahamas. It is really neat to see. There is so much history on each island  and it’s fun to learn to learn about the Bahamas.

This is an old jail house.. They say there isn’t any crime in Green Turtle Cay do to the fact that it is inhabited by a close knit community of about 500 residents.

Although when they saw Bryce was coming,  they locked him up behind bars because they know how he likes to reroute the traffic- streets when he been drinking. LOL The jail is known as “Ye Olde Gaol” 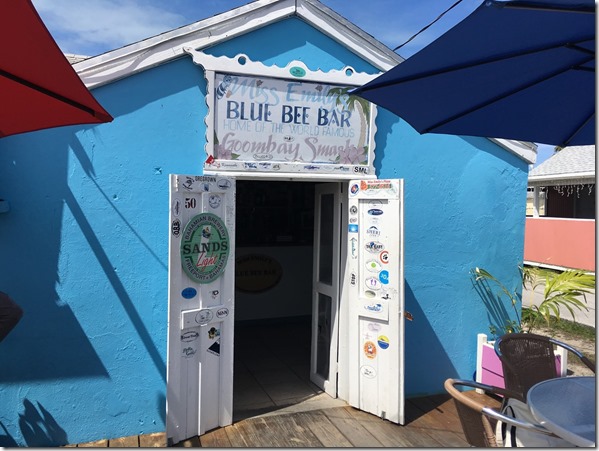 The inside of the Blue Bee Bar is lined with anything you want to donate to the walls. I like this shirt!

We continued to walk through the quiet streets.

Is it Halloween or is this a hunted house? As  we walked through the narrow street we passed this house with ghouls in the windows. 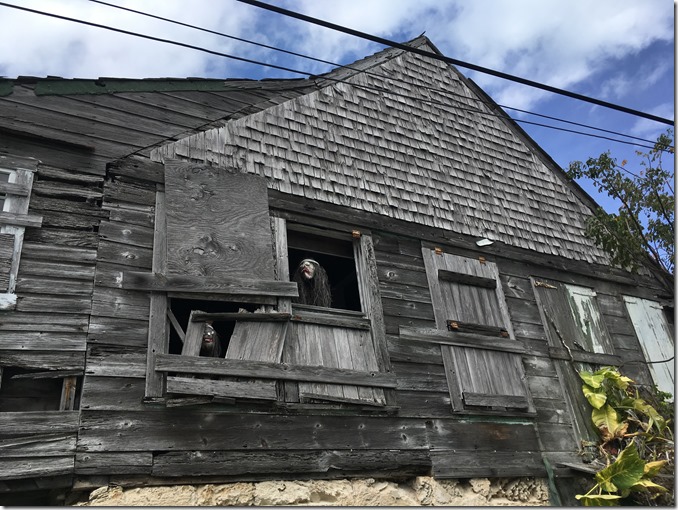 With all the fun we had to pull up anchor and leave the following morning. We sailed to Great Sale Cay where we stayed the night  to make our crossing. Well we decided not to sail over night into St. Lucie inlet. The weather was perfect to head near Document Island where there was shallow anchorages that would allow us to cut across to West Palm Beach on Saturday. 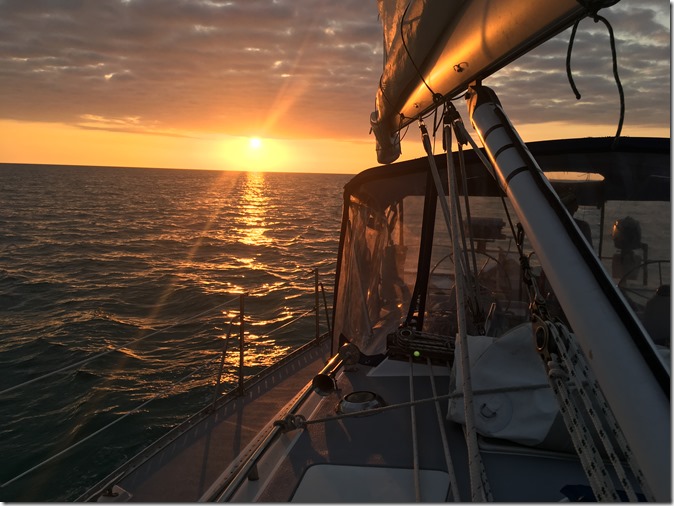 There were many vessels out on the Atlantic as we made our crossing back to the US. 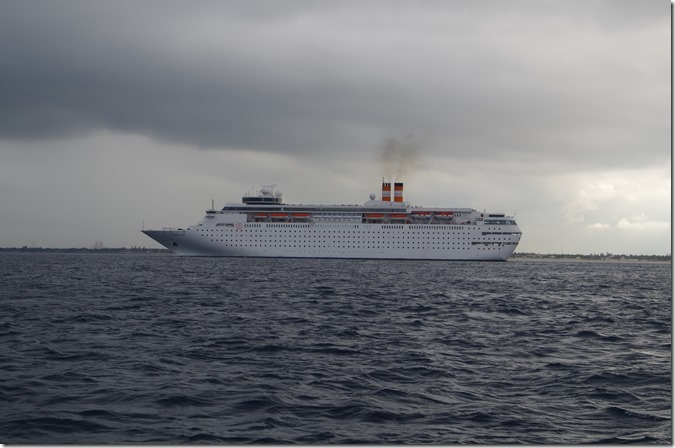 As always  Thanks for following us.