Well, with the new year at hand I sit here wondering what lies ahead for 2020. I came to the conclusion anything is really possible no matter your age. Nothing should hold us back. So with that said I’m sure there will be some setbacks. Lol, but that is just part of life. Soon we will be letting go of our lines again and head back towards the Bahamas. Marathon Boot Key Harbor once again has been good to us. The meeting of new and old friends is always the best things along our travels.

The saddest is when the heaven calls for yet another angel.  It was just a year – ago we celebrated Marks birthday here in boot key harbor from sailing vessel ALA.  Mark you will be greatly missed. 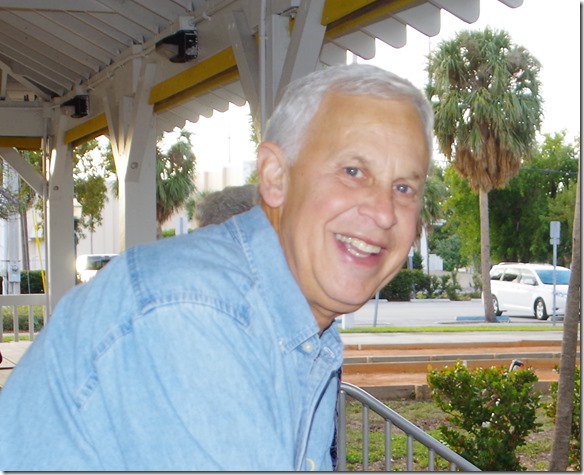 January 2020 was brought in with some awesome new friends, Left, Dennis, Brit, Randy, Sue, Sherry and Selene. It was a great night. Thanks for celebrating with us.  It was a noisy, happy New Years Eve on Beauty.

We took the jet ski out and explored the milky looking waters in the mangroves. 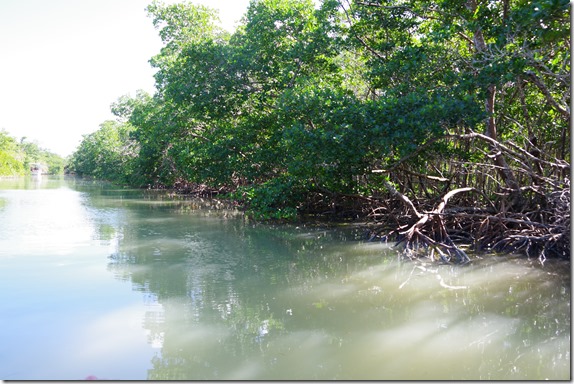 It’s a shame to see all the rubbish and broken down vessels that lie hidden in the mangroves.  People seem to just walk away without even a second thought.  I am sure some people live among these dilapidated vessels. It is a hidden community out here.

This crab pot boat is actually among the living in the mangroves.  We waved to the young men as they were removing the catch of the day. 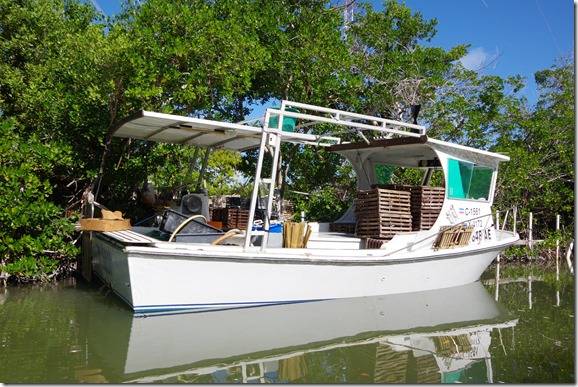 This vessel has found itself a home tied into the mangroves. I sure would hate to be them on a non-windy day.  Although this might look beautiful to some of you! Lurking among those Mangroves are monsters you can’t see!! When the breeze stops  they come out and attack you. You see people swatting themselves but there is nothing to see only little red bumps. They are called No-See-Ums.  They are itsy-bitsy bugs with big teeth. 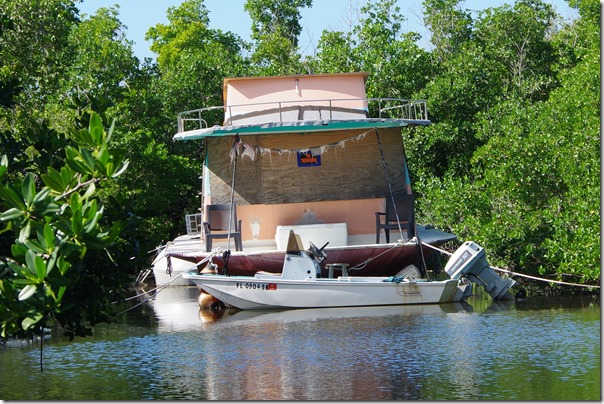 I think this was a nice area at one time.  I am sure this building was attacked by several hurricanes. 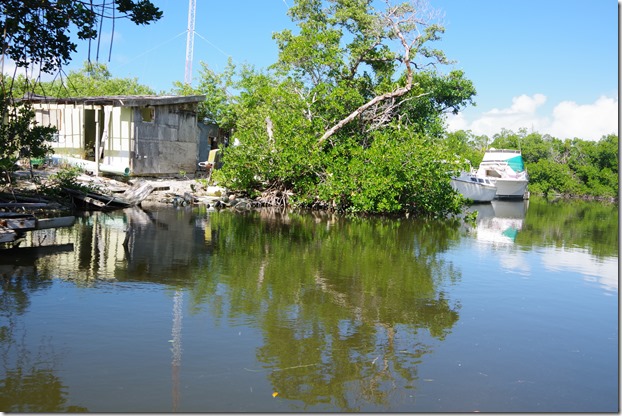 Did you know if you want to find a Hermit crab, look at low tide near a rocky area. Hermit crabs have a hard exoskeleton body, their head, legs and pincers can extend out of his conch like shell. Their body coloration can range from grayish green to red, however the tail section is usually a grayish pink hue.  They inhabit other creature’s shell. 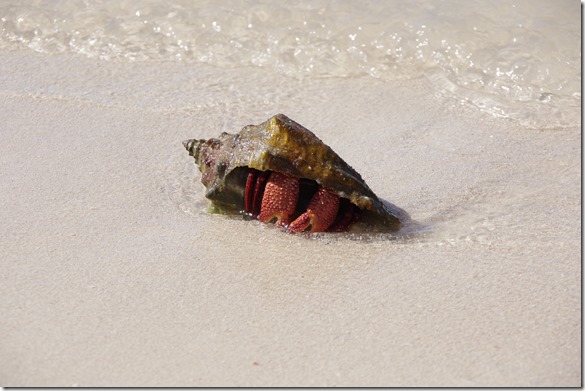 This is a Portuguese man o war. They are also know as a Man-of-War in the Atlantic Ocean, Pacific Ocean, Indian Ocean. The Portuguese man o’ war is (Physalia Physalis) People relate them to a jelly fish when actually it is a species of the Saphonophore. They are a group of animals that are closely related to the jelly fish.  A Saphonophore has various forms and functions. Did you know that the Man O’ War is like a balloon floating on the water? Lurking beneath the Man o’ War are long  tentacles strands and polyps that often grow to 30 feet get this the could extend to a 100 feet.  These powerful tentacles contains stinging nematocysts, microscopic capsules full of coiled barbed tubes that can deliver a heck of a punch paralyzing and killing small fish and crustaceans. However, the Man o” War sting is rarely deadly to humans. It does however contain a painful punch along with welts on exposed skin. If you are walking along the beach and see a Man o’ War dead on the shore be warned that the man o; war can sting you weeks after it has been washed ashore. 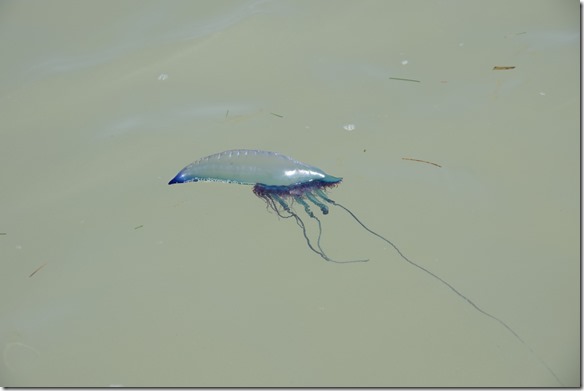 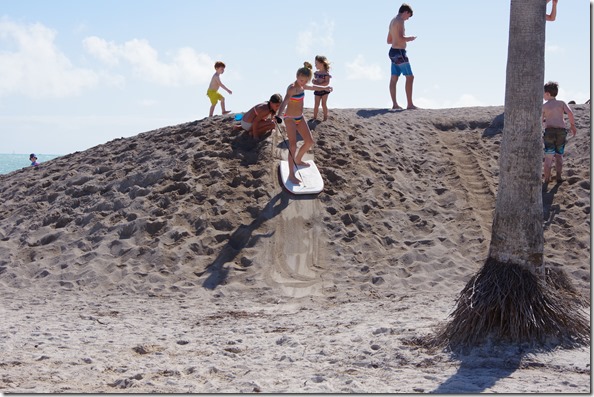 The biplane cruises over our heads as we hide beneath our umbrellas from the sun. They take people on plane rides showing them some of the most beautiful areas of the Keys. 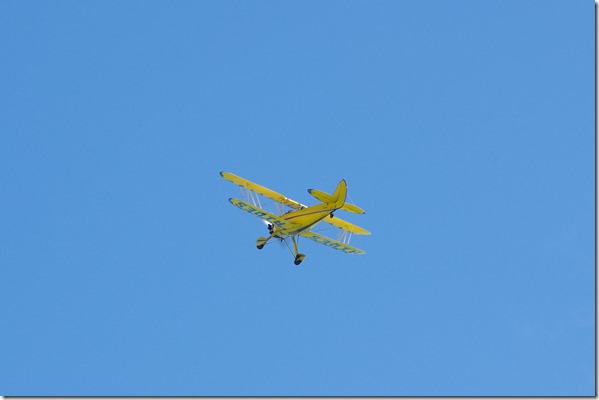 Well, our friends this cover the end of 2019 and the start of 2020 Thanks for following us.