We woke up early to take the out going current in the St. John’s River to the Inlet of the ocean. The current increased our speed.  Which was amazing because we often fight against the current.  Bryce was careful to time the outgoing current so we did not exit the inlet with tide against the wind. This made such a great trip out of the inlet.

There is a lot of industry on the banks of the suburbs of Jacksonville. I am always excided to see the hard work of the unknown people. What a great job they do.

This is Dorothy McAllister It’s 6:00 a.m. and the crew is off to a great start of the day.  The second photo is Stacy McAllister. They must be sisters. 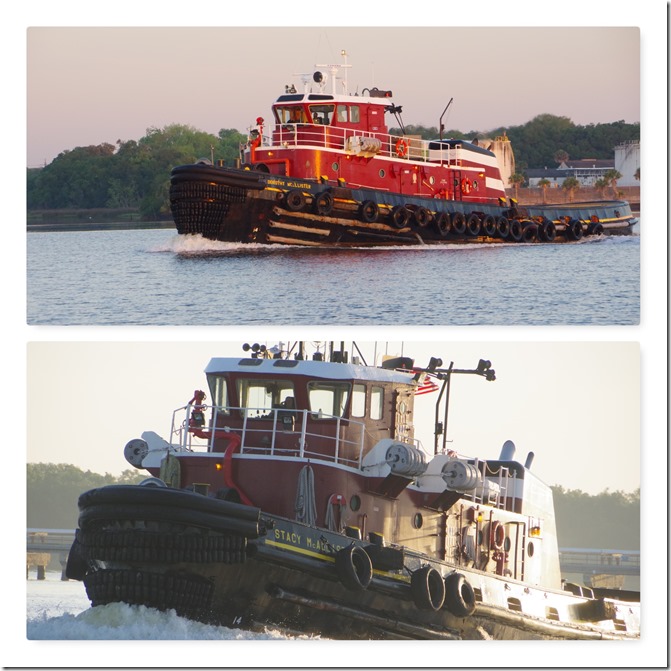 I started laughing.. this looks like a salt area that DOT has in the winter to salt the roads up in Michigan. Maybe they started salting the roads in Florida. 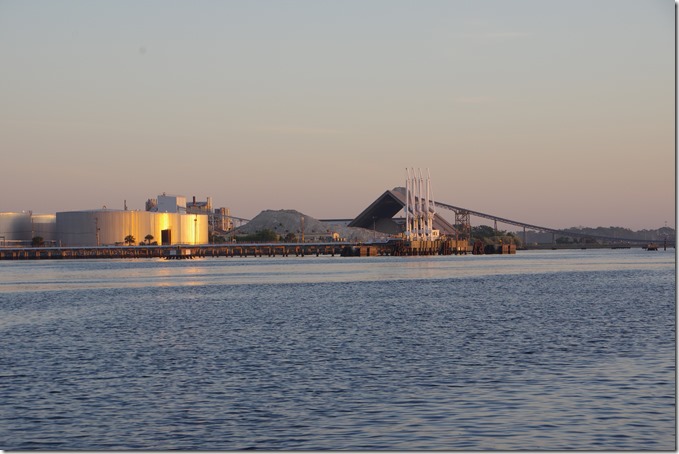 This looks like an area where Big ships get fuel. I guess they have to prevision up also. 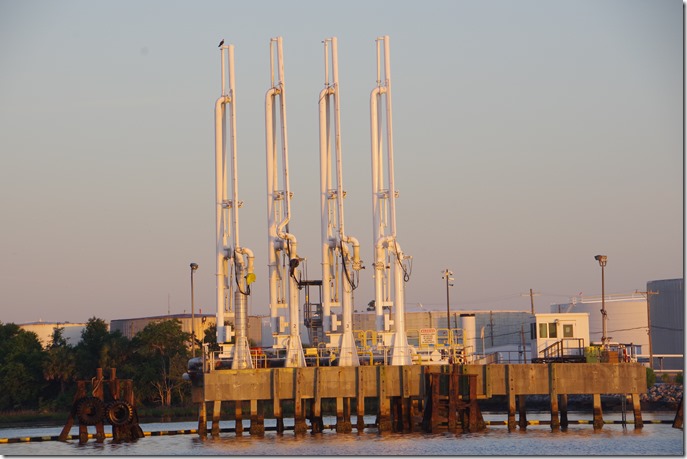 Well, doesn’t this look messy in the water. We also see these bubbles on the Great Lakes. 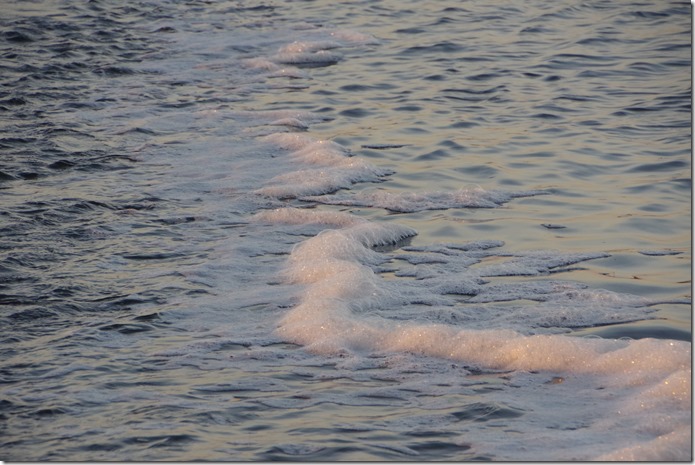 Have you every wonder when you ordered items on Amazon or the web how it get delivered? Well I am willing to bet some of it rides on one of these container ships. Some of the vessels come into port in Jacksonville. The top picture shows one just arriving into port. Those big blue arms in the sky remove the containers from the vessel on to the land to be shipped on a truck.

The second picture shows a close up view of “Tote Maritime” loaded down on her way into port to be unloaded.

The third picture shows me taking a picture from Beauty as we see a container ship approaching our port side as its passing us. 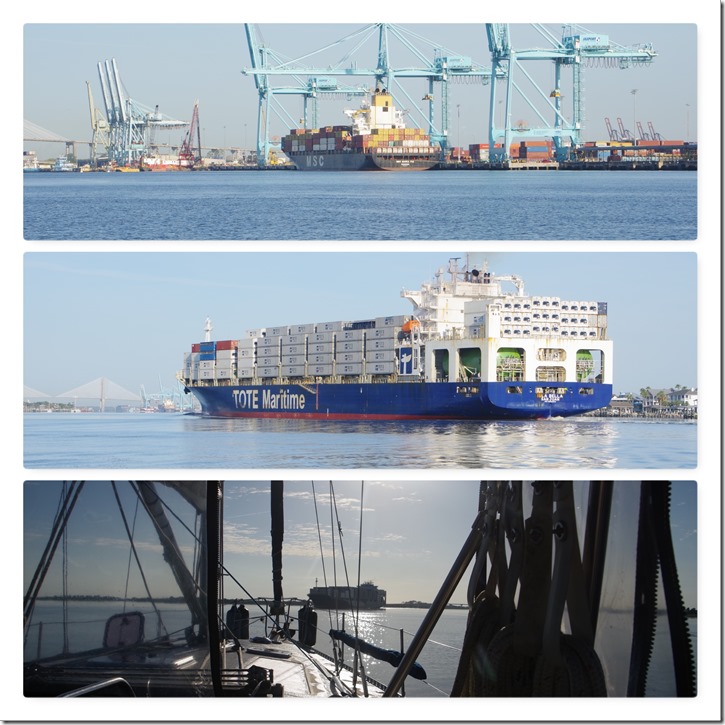 This is some car/truck carrier barge.  It was unloading as we passed. 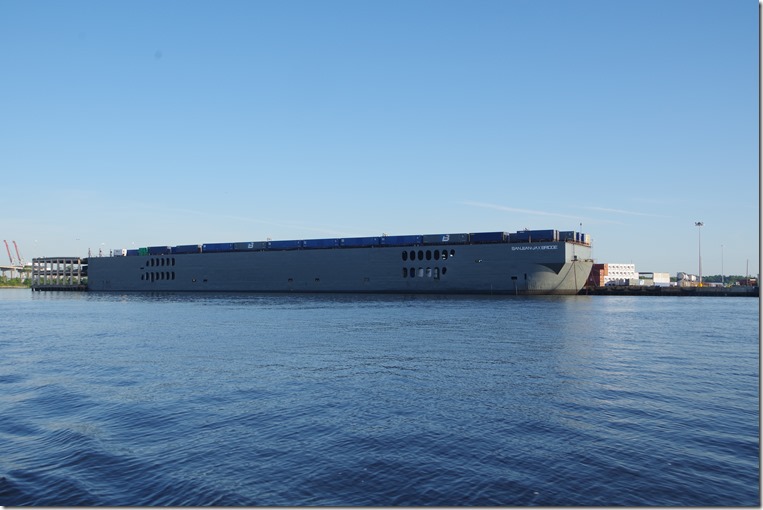 These are Navy Ships in the dry docks on the St. John River.  Interesting to see such large ships on a dry dock.  The bottom picture left shows a smaller, but still quite large vessel on shore. 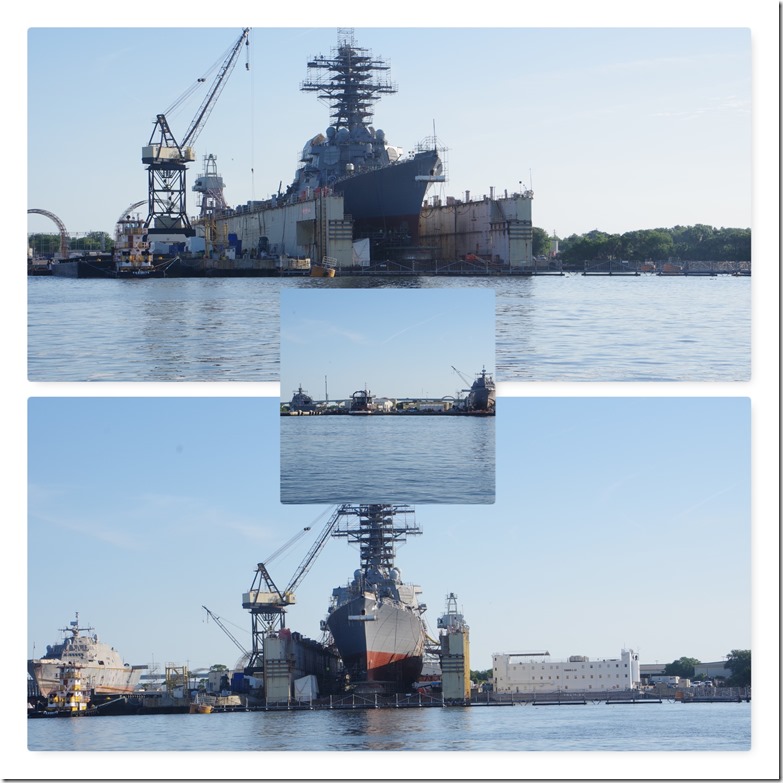 This tire looks like it found a home. It’s funny I think I have a photo somewhere that shows the whole tire on the beach. 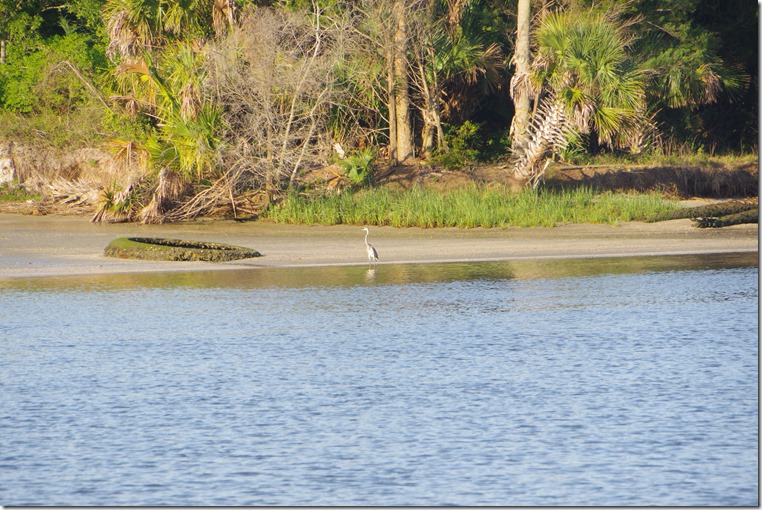 Now this is a huge mooring ball. 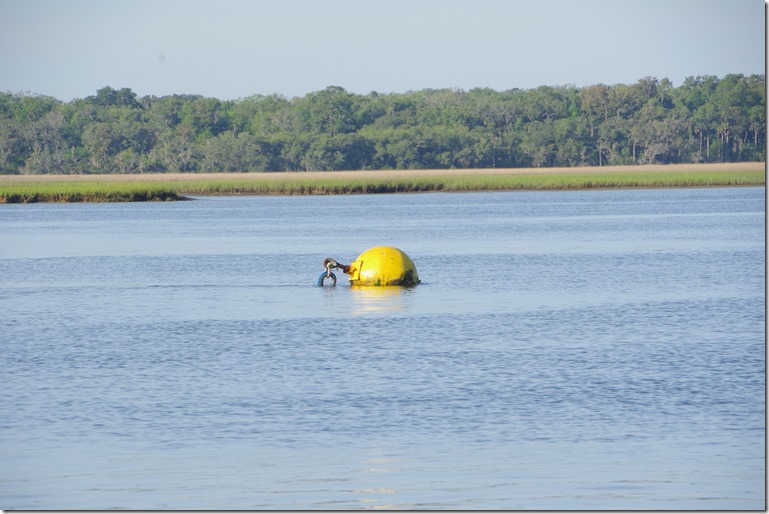 “Mr Connop” is towing a barge.  You might notice there is a cable between the barge and “Mr Connop”. I have heard sometimes the cable is so long that boaters don’t see the cable and think that the barge is just anchored. The boaters, jet skiers or whatever type of vessel goes between and hits the cable causing a fair amount of damage. 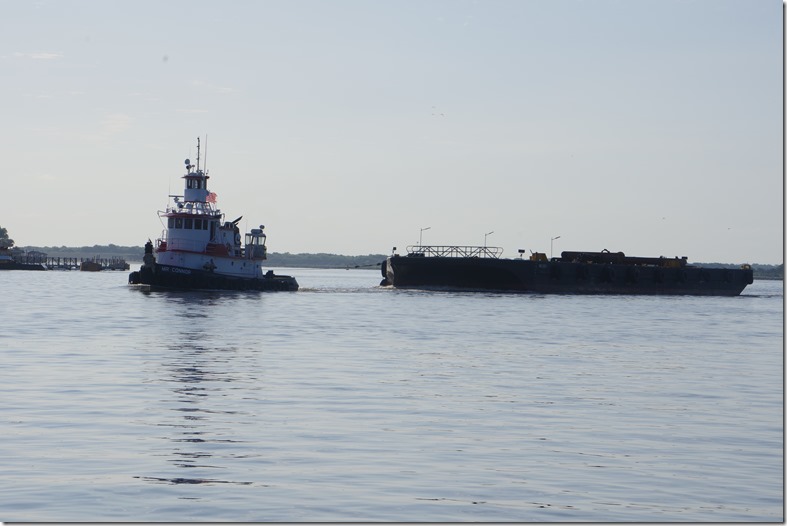 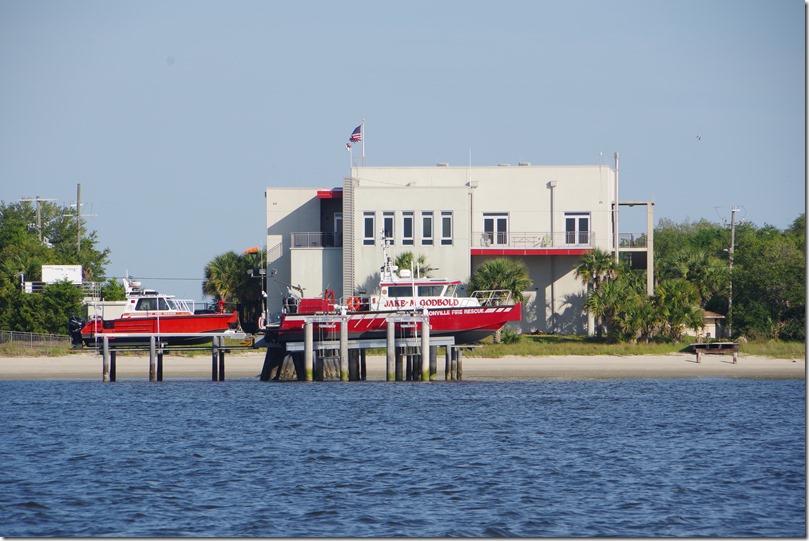 The crew of this boat reached out to us just before the inlet to the Ocean asking us which direction we were headed; North or south. Bryce told them we are headed North and they were too. They are delivering the boat up to Annapolis MD. They were planning a three day travel on the ocean. 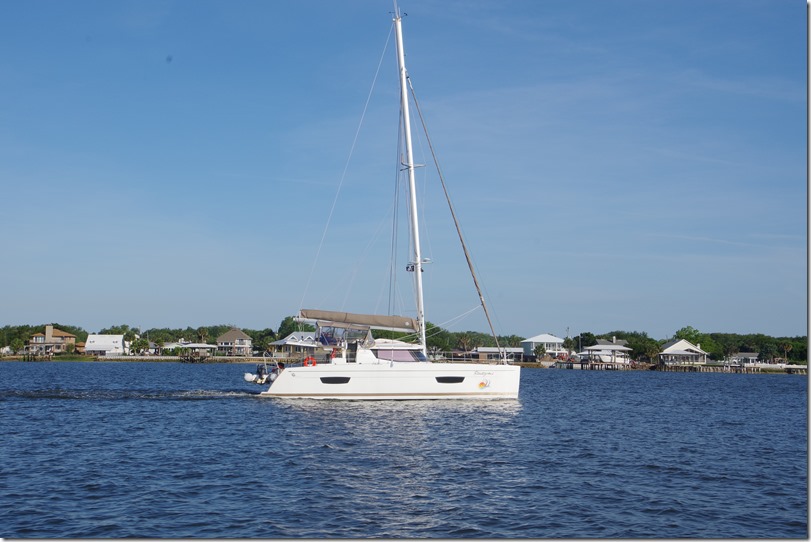 Thank you for following us!